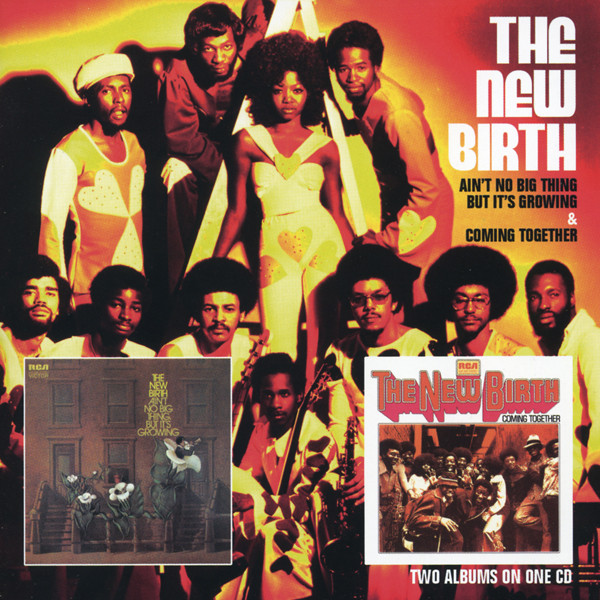 I Can Understand It

I Can Understand It

Harvey Fuqua’s Moonglows cut some of the most immaculate doo-wop of the 1950s (Sincerely, Ten Commandments Of Love) for Chess Records. He helped connect Etta James with Chess, introduced Marvin Gaye to Motown, and with Gwen Gordy headed the Harvey and Tri-Phi labels in Detroit during the early ‘60s. Fuqua hired on as a Motown producer when Gwen’s brother Berry bought his labels up.

Both sides of a Nite-Liters single (Afro-Strut b/w [We’ve Got To] Pull Together) charted in ‘72, while The New Birth pulled R&B airplay on Umh Song. But it was 1973 when The New Birth came into their own. Bobby Womack wrote I Can Understand It as the lead track on his ’72 United Artists LP ‘Understanding’ but UA didn’t issue it as a single, leaving the door wide open for The New Birth to snag a funky #4 R&B/#35 pop seller for RCA during the spring of ’73 (Leslie Wilson expertly channeled Womack’s vocal approach). ‘Birth Day,’ the album it hailed from, also contained New Birth’s Fuqua-arranged followup hit, a luxurious revival of Buffy St. Marie’s Until It’s Time For You To Go (L.A. singer Susaye Greene guested as lead vocalist).

The group-generated It’s Been A Long Time and a cover of Skylark’s Wildflower did well for The New Birth in ’74. They did even better after splitting from Fuqua and signing with Buddah; a remake of Jerry Butler’s sumptuous ballad Dream Merchant, produced by Baker and Melvin Wilson, paced the R&B hit parade in 1975. Melvin and Leslie left the group in ’77, but there were stops at Warner Bros. and Ariola before The New Birth disappeared from the charts in the early ‘80s. Baker died in 1993, but the Wilsons have revived the brand in recent years.