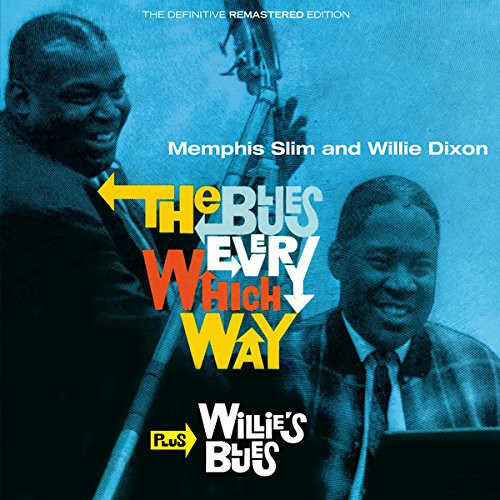 At his first session for OKeh in 1940 under the omnipresent Lester Melrose’s supervision, towering blues and boogie piano specialist John Len Chatman adopted the name of his father, Peter Chatman, as his recording alias. When he returned to a Chicago studio less than three months later, this time for Bluebird, he was billed as Memphis Slim. And yes, he was born in the Bluff City on September 3, 1915.

Slim started playing at age seven (his dad was conversant on the 88s as well as guitar), and by 16 he was manning the ivories at the Midway Café on Beale. St. Louis pianist Roosevelt Sykes was his principal influence, so indelibly that after Slim came to Chicago in 1937 and teamed with Big Bill Broonzy, the veteran guitarist strongly urged him to get away from Sykes’ style and develop one of his own.

After the war, Slim recorded for a vast array of Chicago indies, beginning with Hy-Tone in ’46. He inked a pact the next year with Lee Egalnick’s fledgling Miracle label; with his jumping House Rockers, Slim topped the R&B charts in 1948 with his after-hours original Messin’ Around. He posted four more hits the next year (Blue And Lonesome made it to #2), and in ’50 laid down Nobody Loves Me, transformed by Lowell Fulson into Every Day I Have The Blues. On Egalnick’s Premium logo, Slim enjoyed a 1951 hit with the wise and worldly Mother Earth before bouncing to Mercury and then United, where Slim scored his last hit in ’53 with The Come Back.

It’s unlikely Slim ever made a better series of recordings than the ones he did for Vee-Jay, in no small part due to the presence of Matt ‘Guitar’ Murphy, who first joined the House Rockers in 1952. Slim’s first date for Vee-Jay in January of ’58 produced two 45s, and following a Carnegie Hall concert with Muddy Waters in the spring of ’59, Slim and the House Rockers (Murphy, saxists Alex Atkins, John Calvin, and Ernest Cotton, bassist Sam Chatman, and drummer Billie Stepney) entered a Chicago studio on August 18 for a marathon session that produced his entire misleadingly titled ‘At The Gate Of Horn’ album. Slim revisited a lot of his past classics that day, including Messin’ Around. Murphy’s explosive presence makes it the definitive treatment (his solo is mind-boggling for its time).

Europe was a tantalizing touring possibility for veteran bluesmen such as Slim and bassist Willie Dixon. The duo performed in England in 1959, then zipped over to Israel the next year. "We discussed it quite a bit, and we thought we was gonna be makin’ a bigger buck," said the late Dixon. "We didn’t find out the pound in Israel was worth 33 cents until we got there, and it was too late then!" Nevertheless, Slim was sick of the tribulations he encountered back home. He made Europe his home in ‘62, living like a king in Paris until his February 24, 1988 death there. 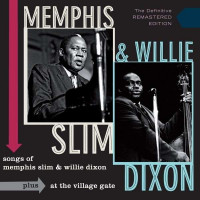