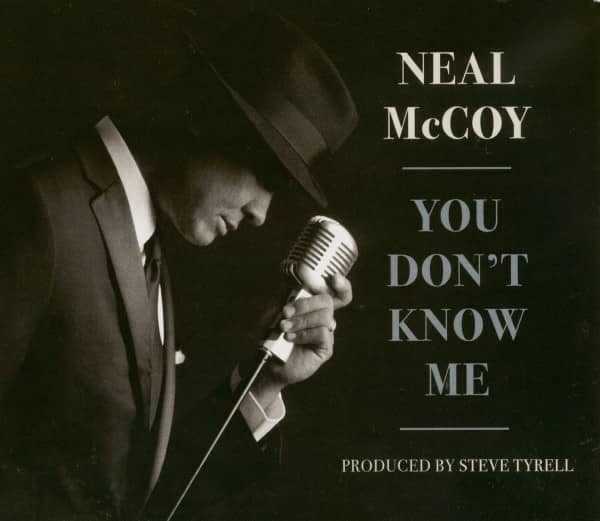 (2016/DMI Records 14 tracks.
Award winning and platinum selling country singer Neal McCoy is back with an entirely new take on the great American songbook. Neal's been singing and listening to these classics his entire life, and from his emotional, honest version of the Eddy Arnold classic "You Don't Know Me" to the heartbreak of "The Wee Small Hours" and the pure romance of "Unforgettable" this album shows this exceptionally talented performer in a whole new light. Whether he's wearing a cowboy hat or a fedora, Neal McCoy's singing is heartfelt and emotional. With 10 Top Tens and 30+ chart hits at country radio, a thriving touring base tied to his well deserved reputation for being one of country music's best performers and a work ethic which is second to none, he's making a lifelong dream come true for both himself and his fans. - A generous and active supporter of the U.S. Military, Neal also heads the East Texas Angel Network, his own charity based in Longview which provides support for the families of seriously ill children in eastern Texas.