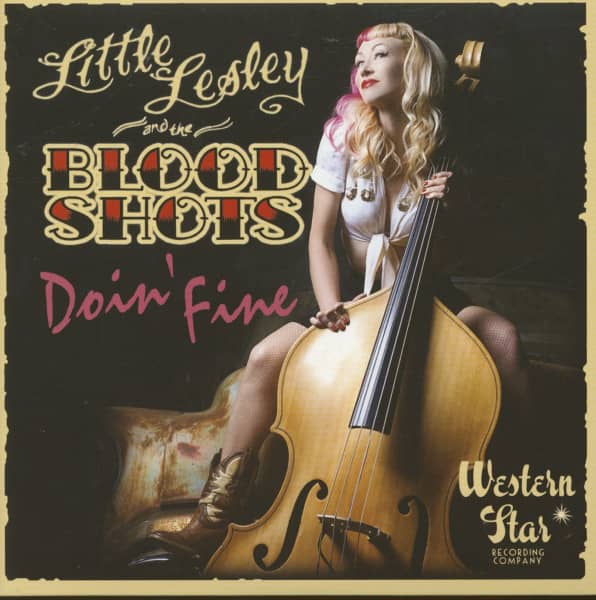 Little Lesley & the Bloodshots are an original Rockabilly trio from New York. Called “a welcome shot in the arm for the rockin’ faithful” by UK’s Vintage Rock Magazine, they’ve been taking the scene by storm with their fiery twang and high energy live show.

Lesley Swift fronts the band, belting out her songs and slapping the upright bass like someone who was meant to. Her passionate performances, complete with jaw-dropping bass moves, have lit up stages around the world, including the Nashville Boogie, Viva Las Vegas, Summer Jamboree (IT) and the Hotrod Hayride (UK).

She’s joined on guitar by ex-cowboy and punk-rock-n-roll veteran Brian “Swifty“ Swift. They met in Nevada where Swifty’s wild guitar style turned Lesley onto Rockabilly, and they ventured to NYC together where they found native Staten Islander Bobby Lee. Bobby’s big-band influenced drumming hopped up their guitar driven twangy sound.

With two independently released albums under their belt, Little Lesley & The Bloodshots were signed by the legendary Western Star Records of the United Kingdom in 2016. Their “Doin’ Fine” EP recorded and produced by Alan Wilson has created quite a buzz and is in regular rotation on BBC radio.

The band now also has a home base in Greenville SC and tours the USA and UK regularly. You can follow them at thebloodshots.com.