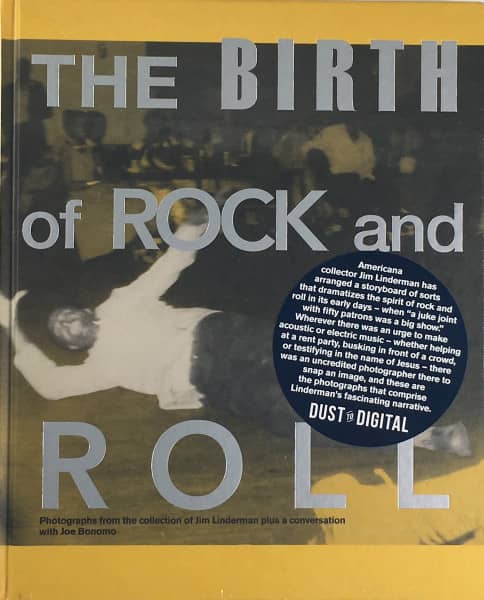 Jim Linderman: The Birth Of Rock And Roll

(Dust To Digital) Hardback,  English, 310 x 254 mm, 160 pages.
In "The Birth of Rock and Roll," Americana collector Jim Linderman has arranged a storyboard of sorts that dramatizes the spirit of rock and roll in its early days-when "a juke-joint with fifty patrons was a big show," as Linderman writes in his introduction. "A church with fifty congregants was a full house. The annual square dance at the town hall, a rent party, a fish-fry, the honky-tonk piano in the whore house, the union meeting There was no real money in it. A performer was lucky to be fed, get drunk and get laid." The photographs have little to do with the conventional iconography of the birth of rock and roll: conspicuously absent are pictures of young white men in Memphis, poodle skirts, Alan Freed and Bill Haley's Brylcream. These photographs instead document and celebrate the pure but indefinable essence of rocking. Ordinary, anonymous men, women and children-some white, some black-are holding guitars and strumming while looking relaxed or frantic, but nearly always blissful. Some of the action takes place in rural fields, some in dance halls, some at civic events, some in living rooms and basements. Wherever there was an urge to make acoustic or electric music-whether to help at a rent party, busk in front of a crowd or testify in the name of Jesus-there was an uncredited photographer there to snap an image, and these are the photographs that comprise Linderman's fascinating narrative.

Video von Jim Linderman - The Birth Of Rock And Roll

Article properties: Jim Linderman: The Birth Of Rock And Roll