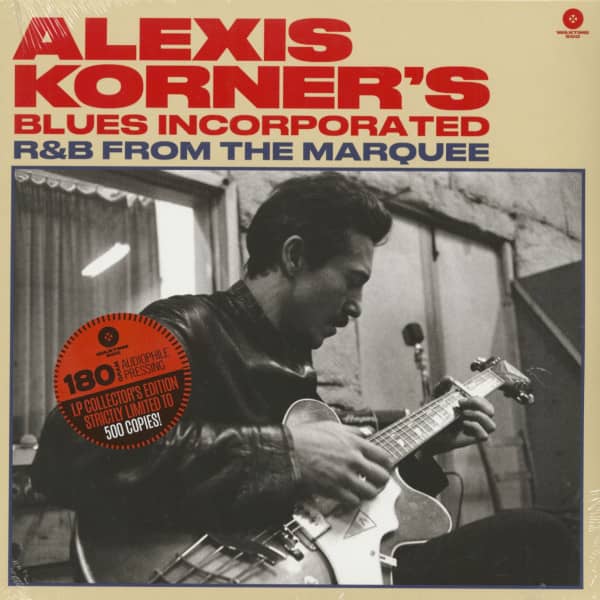 Alexis Korner is widely regarded as the founding father of British blues. He became famous in the 60's when his early appearances were a magnet for young blues enthusiasts. This major LP release includes R & B From The Marquee - one of Korner's best-known albums from his early days with Blues Incorporated. It wasn't a live album, nor was it recorded, as the title says, in the Marquee. It was recorded at Decca Records' London studio in June 1962, produced by Jack Good and released the same year by Decca's daughter label Ace of Clubs. In addition to the original album, this limited collector's edition contains 4 bonus tracks from the same period. The bonus material includes the guitar instrumental 3/4 AD (a joint recording with legendary British folk guitarist Davy Graham), Willie Dixon's I'm Built for Comfort and two hard to find pages: Lead Belly's National Defense Blues and the acoustic jewel Sail On .