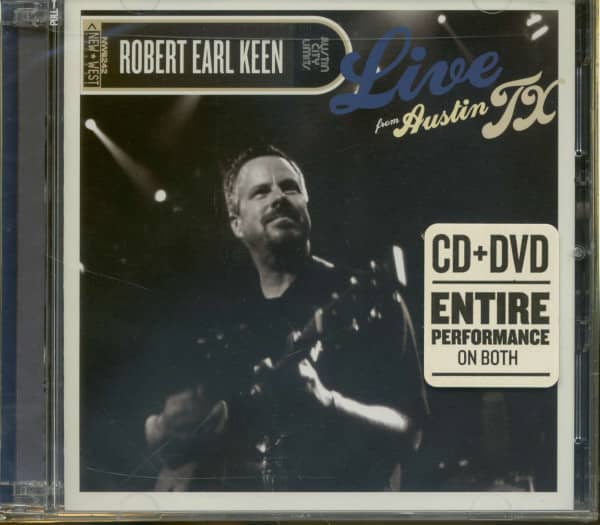 New West records - 2 x 17 tracks
Recorded on: August 22, 2001 color / 84 mins / 5.1 surround sound
Robert is one of the leaders of a new generation of Texas singer-songwriters. Like Townes Van Zandt, Guy Clark and, yes, Willie Nelson himself, his artistry is matched only by an edgy rebelliousness that doesn't quite mix with country music's mainstream - which is exactly why he stands out in the crowd! When asked where his songs come from, Robert's reply was "I have a couple of different ways that I write songs. I think in terms of pictures, of memories, of just images of things I might have seen today or maybe 10 years ago.
And then what I do is sit down and I just strum the guitar and I try to describe this particular picture, it's more like a snapshot in your head. And once I'm in that process of describing this picture, a story somehow unfolds. It might be a totally fictitious story, or it might be something very true, and I've experimented with both." This is the most recent of his five performances on Austin City Limits (his first was in 1989 as part of a "Texas Showcase" featuring four other artists) and it is a truly remarkable performance. Robert's artistry and songwriting are on display for all to hear. 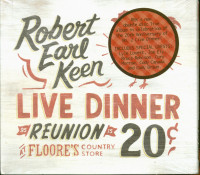 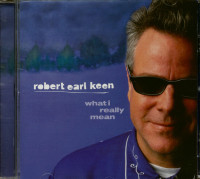