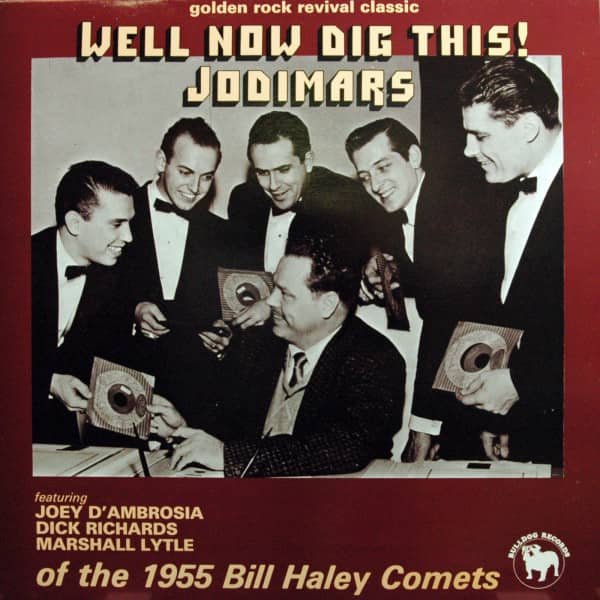 Learn more about The Jodimars
'The Jodimars' ... thinks you . . . 'Never heard of them; must be another group' ... far from it... more
Close menu
"The Jodimars"

'The Jodimars' ... thinks you . . . 'Never heard of them; must be another group' ... far from it Friend ... let me give you some facts! Turn the clock back to the evening of April 12th; the Scene ... a smokey, empty coffee cup littered studio in New York City ... a dozen or so guys were listening to the vibrant rhythmic sounds of a newly cut 'playback' . . . the 'playback' that on disc was to become the biggest Rock And Roll single ever; 'Rock around the Clock' by Bill Haley & The Comets! In that little group were tenor saxist Joey D'Ambrosia, drummer Dick Richards and bassist Marshall Lytle ... 3 of the Haley Comets! Several Top 10 hits, 15 months, hundreds of pa shows, thousands of miles and millions of records-sold later ... September 1955 to be exact . . . the Haley Sound was shattering the United States wherever it went and the signs were it was going to spread World-Wide ... 'Now is the Time', Joey, Dick and Marshall decided, 'to form our own group and get ourselves into the Big-Money' . . . so they bade farewell to Bill in Knoxville, Tennessee one windy morning (true!) leaving behind for posterity Haley hits like 'Shake Rattle and Roll/ABC Boogie/Mambo Rock/Birth of the Boogie/13 Women/Razzle Dazzle/Two Hound Dogs/ Happy Baby/Dim Dim the Lights' and of course 'Rock around the Clock' on which they had participated and formed the Jodimars, the name being derived from the first few letters of their collective Christian names. Ex-Comet drummer Dick Richards aspired to the vocal honours so Jim Buffington, Philadelphia born, was added as drummer; another Philadelphia guy Bob Simpson was recruited to tinkle the ivories and Charlie Hess from a suburb of 'Philly' called Boyertown, became lead guitarist. Joey ... from Philadelphia of course! ... stayed on tenor-sax and the 'foreigner', Marshall Lytle, from Old-Fort, North Carolina retained his string-bass position doubling on vocals a position he was well equipped to fill having been featured as vocalist on the Paul Whiteman TV Show at the tender age of 15. The group signed with 'Capitol' and all the tracks on this album were for this label between November 1955 and January 1957. Though they became a very popular hot attraction on the Eastern Side of the States, fame ... a la Bill Haley ... eluded them and by mid 1957 they had disbanded. The present whereabouts of Jim Buffington and Bob Simpson are unknown to me but Marshall now sells Real-Estate in California whilst Joey now runs a small Bar in Philadelphia having long since 'hung up his rock n' roll sax', Charles 'Chuck' Hess is now an in-demand session guitarist in the same City; Dick Richards, who before joining Bill Haley, had obtained a BS Degree in Physical Education at Teachers College, Pennsylvania and had played Football there for 3 years is now a Teacher in the sport at a school in Darby, Pennsylvania. 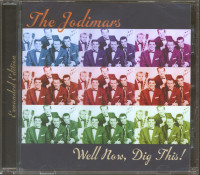