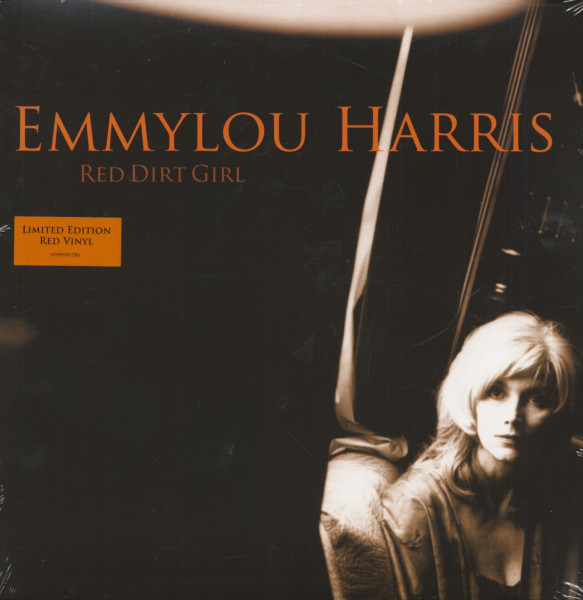 Harris - whom the Los Angeles Times called "the most compelling female artist in country music" - wrote all but one of the twelve tracks on Red Dirt Girl, marking only the second time in her career she has been so heavily involved in the composition of an album. "In songs about lonely journeys and lost companions," said The New York Times, "Ms. Harris has found herself."

Red Dirt Girl was produced by Malcolm Burn, who had worked with Harris on the engineering and mixing of her previous solo studio recording, 1995's Wrecking Ball. The album features Burn on piano, guitar and bass, Buddy Miller on lead guitar, Daryl Johnson on bass and drums, and Ethan Johns on drums, guitar and various other instruments. Dave Matthews sings a duet with Harris on the album, and Bruce Springsteen, Patti Scialfa and Patty Griffin also contribute vocals.

In 2000, Harris commented on her new label and record as follows: "I am proud of my new collaboration with Nonesuch, a label for which I have great admiration. Red Dirt Girl is a very meaningful record for me. I've only written this much for an album once before - The Ballad of Sally Rose - and I'm also very pleased with what we accomplished in the studio."

Nonesuch Records President David Bither, then Senior Vice President, said at the time "We have had the privilege of working with some of the most creative and influential artists and producers in music over many years. This kicks off a new realm of musical exploration for Nonesuch, and we are thrilled that Emmylou is the artist to open this door for us. We're honored to be working with an artist who has such a remarkable body of work behind her and who is now making perhaps the best music of her career."