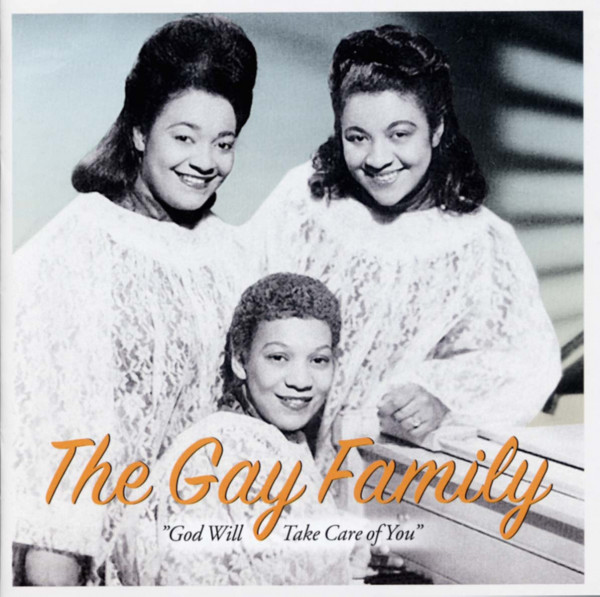 GAY FAMILY: God Will Take Care Of You

An abundance of musical talent combined with an undaunted determination helped the Gay Sisters (or Gay Singers) to become one of Chicago’s most in demand gospel groups. Consisting of the three sisters, Evelyn, Mildred and Geraldine, and little brother Donald, the Gay siblings developed a remarkable skill for solo as well as harmony singing. Evelyn and Geraldine also mastered the piano. Recording for Savoy in 1951, their career got a flying start. Their best selling records enabled the group to tour and appear with such major stars as Mahalia Jackson, the Clara Ward Singers, the Davis Sisters and Jessie Dixon. Evelyn also did recording sessions as a pianist with Sam Cooke & the Soul Stirrers. The late 1960s opened new opportunities as the group, now led by brother and Reverend Donald, was offered recording contracts by Chess and Peacock. Although the resulting sessions yielded excellent records, (on the Checker and Song Bird labels) the lack of promotional support led to a halting career. Successful or not, members of the family continued performing in church and making occasional recordings well into the 2000s. This is the first time that the Gay Family’s entire musical heritage has been compiled on one CD.

Article properties: GAY FAMILY: God Will Take Care Of You