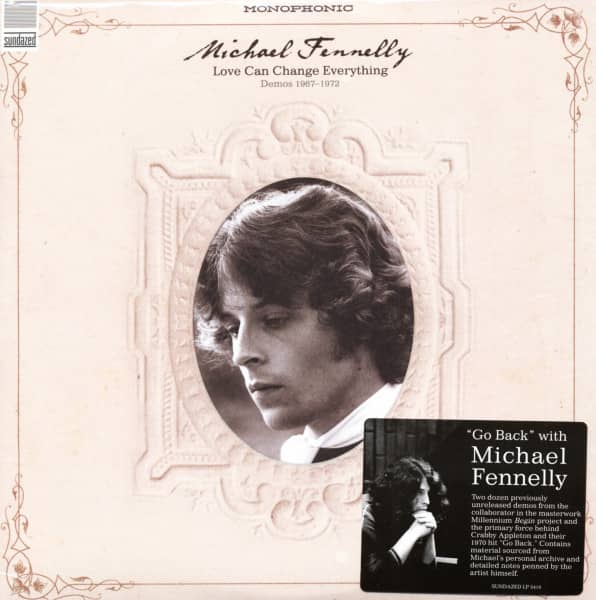 Hollywood’s Sunset Strip was fertile breeding ground for folk-rock songwriters on the make during the mid-’60s. One of these kids with an acoustic guitar jumped right into a historically important album project within weeks of his arrival. Michael Fennelly quickly became one-seventh of The Millennium, who produced Begin, a lush audio carpetorium of an album that found a cult audience upon its reissue thirty years later. After the Millennium shattered, Fennelly jumped directly into his next effort, the power pop legends Crabby Appleton. The group managed to crack the American Bandstand market with“Go Back,” a big hit on the charts and a prized fave among pop collectors today. Love Can Change Everything: Demos 1967-1972 charts the development of Fennelly as a songwriter.

Starting with his earliest demos produced during the Millennium era and closing with stripped-down renditions of his Crabby Appleton songs, Love Can Change Everything makes the argument for Fennelly as a power-pop legend, a man whose way with a melody and a crystal-clear voice earned him a deserved spot in the LA pop pantheon. None of this material has ever appeared before, in any format — Love Can Change Everything is a true lost classic in the making. Featuring liner notes from legendary pop writer Domenic Priore and detailed track notes from Michael Fennelly himself! -