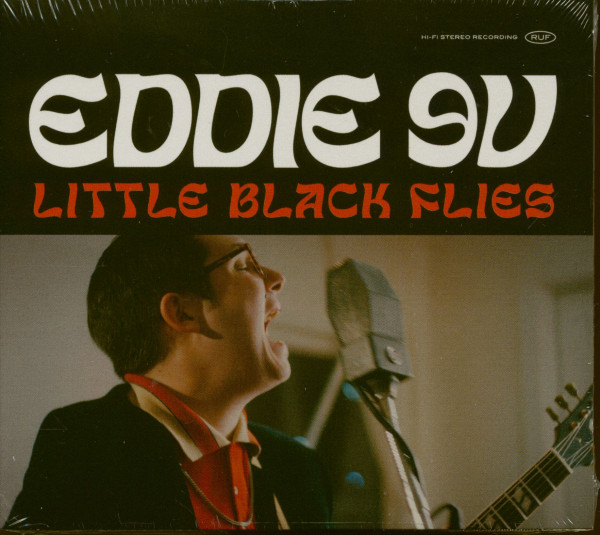 Eddie 9-volt has followed his instincts his whole life. Fast forward to 2019: His acclaimed debut album Left My Soul In Memphis is released.

Today, at 24, he's more daring than ever, and as proof, he drops his new release on Ruf Records, Little Black Flies. The album is being made in November 2020 at Echo Deco Studios in Atlanta. His brother Lane is at the mixing desk, and a number of renowned Georgia cracks (including guitar icon Cody Matlock) are also on board. According to Eddie 9V, the album is supposed to come across as improvised - background noises and studio banter included. "Something struck me in that context," he says. "Most of today's recordings have no soul. So I took inspiration from older records by Albert Collins, Otis Rush and Mike Bloomfield.

The album captures a special, party-like atmosphere. Eddie leads his top-notch cast through nine original tracks - supplemented with three classic cover versions - turning the soul-blues genre upside down entirely on his own terms.
With Little Black Flies, things have come full circle: the underage kid who once hung out outside Atlanta clubs goes into the studio with the best musicians in the state of Georgia. "My job is to make them smile and make music that they can forget everything to or that reminds them of the beauty in life."