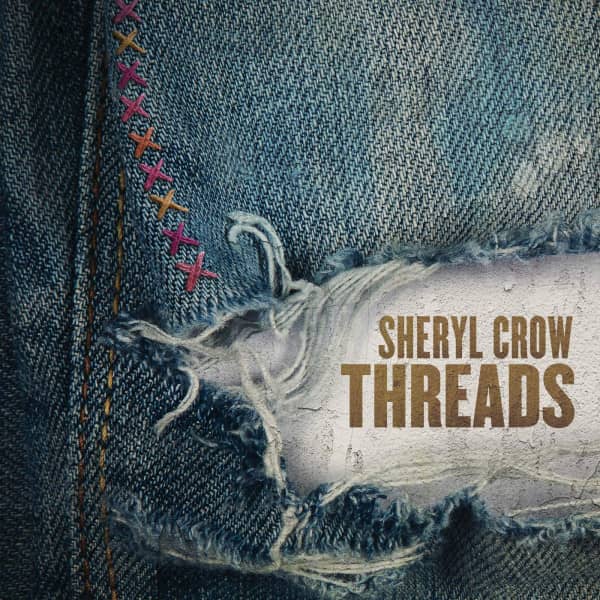 (Universal) 17 tracks
In August 2019 Sheryl Crow returns with a new album, her eleventh longplayer. And she is not alone: For "Threads" the pop and rock icon brought a whole team of top-class colleagues into the studio.

A total of 17 songs are waiting on the record, including many of their own compositions and a few special cover songs.

Sheryl Crow was born into a musical family in Kennett, Mo., a farming community of about 10,000 not far from Memphis in the Missouri boot heel. Her father, an attorney, played trumpet; her mother sang and played piano. There were four pianos in the house for the children, and the Crow parents were part of an amateur swing band. The house was filled with the music of Billie Holiday and Bessie Smith. Duke Ellington and Stan Kenton, Bob Dylan and the Rolling Stones - all of which is reflected in Crow's loose, rootsy songs. Crow and her siblings often sat in their bedrooms at night. listening to their parents' band jam in the living room after weekend gigs. But

it wasn't an, entirely idyllic upbringing. Her dad, Wendell Crow, once prosecuted a local Ku Klux Klan coven for allegedly rigging an election, eliciting threats of violence that necessitated police escorts to school for Crow and her siblings. He won the case. Crow took her pursuit of music to the University of Missouri, where gshe studied theory {and voice. She also fronted a rock band. Kashmir (named after theLed Zeppelin song) that played weekends at a bar named Bullwinkle’s. She made extra money by coaching fraternities on their brotherhood songs.

Crow refers to herself as a ‘reluctant' student, often at odds with her instructors, but theory professor Thomas McKenney says she was "a first—rate student. I'm talking about A quality work. She had a very good musical ear." After graduating in 1984. Crow and her fiancé — another Kashmir member - moved to St. Louis, where she taught elementary shool music for two years. But after he told her, "If you're not singing for the Lord, you shouldn't be singing," ‘ Crow decided to dump him and to keep v fsinging. She worked on jingles with a ’ local commercial producer, and kept gigging with bands including one, P.M., that released an album on Warner Bros. "She was very professional," says PM. bassist Jim Mayer. "What I mean by that is, she did her homework."

Crow finally decided the best way to make it big was to move to Los Angeles, so she took the proceeds from a particularly lucrative McDonald's jingle, loaded her car and made the drive west - arriving smack in the middle of a rush-hour traffic jam. Her career didn't exactly hit the fast lane, either. She spent more time waitressing than v singing, sustaining herself with bags of trail mix. "In my first two years in L.A., i lived in seven different places," remembers Crow, 33.

After hearing some singers at a jingletaping talk about auditions for Michael Jackson's 1988 world tour, she decided to crash the session even though it was invitation-only. She got the job, and for 18 months she donned a high-piled blond wig, dueted with Jackson on his hit I Just Can't Stop Loving You, and tried to withstand the whirlwind of hype and sensation that surrounded him. Crow was, after all. not simply a background singer. In an effort to bolster Jackson's image, his publicists began feeding stories of a Jackson-Crow romance to the tabloids; the Globe even reported she was pregnant with his child.

"I did spend a certain amount of time in therapy after I came home from the tour," says Crow. who suffered a six— month bout of extreme depression. "To go from being a schoolteacher in Missouri to that whole scene, with the very Mafioso sort of management, was too much." Some of Crow’s experiences - not entirely veiled - made their way into the songs on Tuesday Night Music Club. Crow's own career didn't take off immediately after the Jackson tour. She continued to sing backup, including sessions for Joe Cocker, Rod Stewart and Don Henley. Henley became something of a mentor, making Crow part of his road band and encouraging and critiquing her songwriting; the support continued when he made sure she was included in some high-profile dates on the Eagles tour 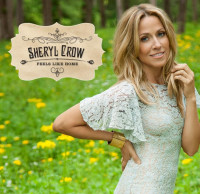 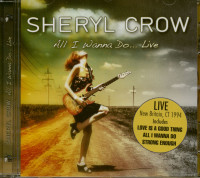