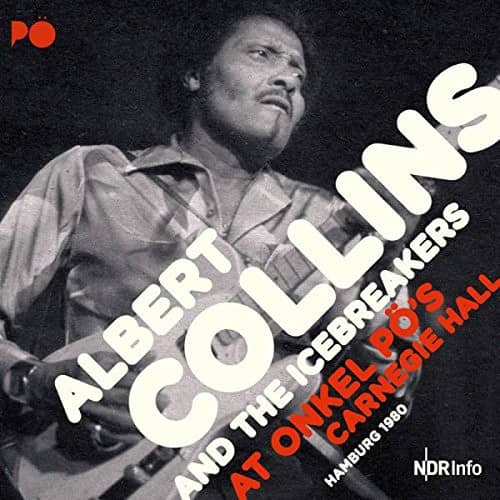 They called Albert Collins ‘The Master of the Telecaster,’ and he was. Thanks to his early 45s, many of which bore frigid titles, it was decreed that his reverb-drenched guitar sound was ‘icy.’ In reality, a hotter electric blues guitarist never existed. When he strode through an audience, his axe slung low on his shoulder and trailing at least 100 feet of cord, he glowed with a million watts of incandescence. And Frosty was the tour de force he always played in the midst of those crowds.

Born October 1, 1932 in a log cabin in Leona, Texas, Collins mostly grew up in Houston’s Third Ward. Piano was his first instrument, but when his music teacher’s path was blocked by rain, young Albert decided to switch to guitar. "My cousin’s the one that taught me how to play, named Willow Young," said the late Collins. "And I had a very good friend of mine, he’s a music teacher name of Henry Hayes, out of Houston, Texas. They taught me quite a bit, you know. But I was listening to John Lee Hooker and Lightnin’ Hopkins at the particular time when I first learned how to start playing guitar."

Collins’ unorthodox tuning was radically different. "It’s a D-minor tuning," said Collins. "From where I come from out of the south, Houston, Texas, they all would call this Spanish tuning." That meant that chords were all but impossible; Albert was by both design and necessity a lead guitarist.He adopted T-Bone and Gatemouth as his idols. "In 1953, I met Gatemouth Brown. I saw him with a new guitar," said Collins. "When the Fenders first came out, he bought the Esquire Fender. So I bought me one." That wasn’t Gate’s only input. "I started out playing with just my fingers," he said. "I tried to use a pick, but I don’t know, it seemed like it was a handicap to me."  And like his hero, Collins used a capo. "After I got around Gatemouth, I got hooked on that clamp," he said. "It gave me a good sound."

Collins formed his first band, the Rhythm Rockers, in 1950. He got the idea for those long mid-song walks from sax wildman Big Jay McNeely. "He used to have a creeper that you work on cars on, a creeper that you lay down on," said Albert. "He’d go all out in the streets, blowin’ his horn." Collins made his first instrumental 45, The Freeze, in 1958 for Hayes’ Kangaroo label, encoring on the Great Scott logo with Defrost. Then he hooked up with Beaumont producer Bill Hall and his partner, ex-Sun A&R man Jack Clement, who ran Hall and Hallway Records. "When I got with Hall and Clement, they told me, ‘Well, man, we’ll just keep you in the icebox. So everything we put out on you will be pertaining to cold!’" Albert said.

The swinging, intricately conceived Frosty came out in 1964 on Hall. "I was just doing mostly instrumentals at that particular time," Collins said. "I wasn’t singing too much then." He was backed by his regular combo: trumpeter Frank Mitchell, Hayes on alto sax, Big Tiny on tenor, organist Walter McNeil, bassist Bill Johnson, and drummer Herbert Henderson. More classic cold-themed instrumentals—Backstroke, the two-part Sno-Cone, Don’t Lose Your Cool—followed. Albert moved over to Imperial for three 1968-70 albums that didn’t quite have the same pizzazz and looked destined to primarily remain a West Coast phenomenon until his 1978 Alligator album ‘Ice Pickin’’ catapulted him into the major leagues of bluesdom and belatedly showed him to be a fine, understated singer as well

From then until his November 24, 1993 death of lung cancer, Albert Collins was the most exciting electric blues guitarist in the world, cold as ice and hot as fire. 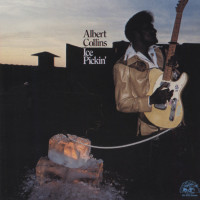 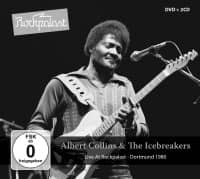