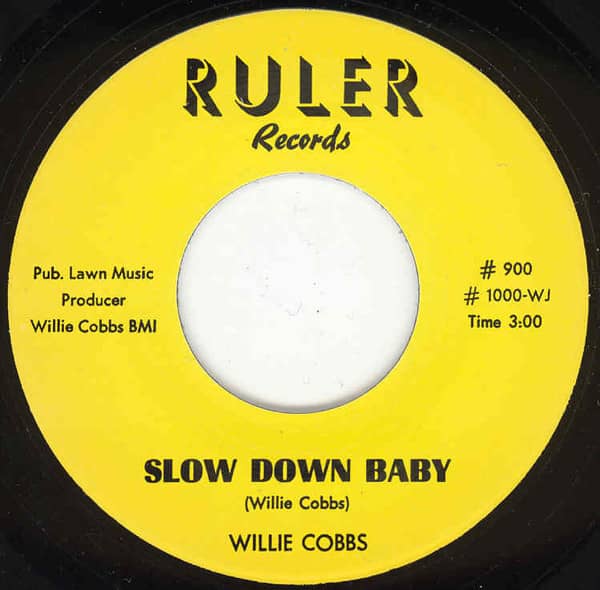 Please inform me as soon as the product is available again.
$13.11 *

Learn more about Willie Cobbs
Willie Cobbs When The Allman Brothers tore through You Don't Love Me for some 19 minutes on... more
Close menu
"Willie Cobbs"

When The Allman Brothers tore through You Don't Love Me for some 19 minutes on their landmark 1971 set 'Live At The Fillmore East,' precious few in their legion of fans realized the number had been written and introduced by Willie Cobbs a full decade earlier (and memorably revived by Junior Wells on Delmark in '65). Its tense, choppy recurring riff hadn't changed a whit over those 10 years.

Cobbs, born July 15, 1932 in tiny Smales, Arkansas, received a harmonica from his dad every Christmas as a lad, but he didn't seriously play the blues on one until he came to Chicago in 1948. There he ran around Maxwell Street with Little Walter and started playing harp in pianist Eddie Boyd's band. Willie enlisted in the Marines in 1952, coming back to Chicago in '56. Jimmy Reed became such a strong influence that when Cobbs auditioned for Al Smith at Vee-Jay, he was turned down because of the similarity (or maybe Al was just protecting his meal ticket).

Forming a band with guitarist Eddie King, Cobbs played on the West Side and made his 1958 debut on Joe Brown's Ruler label, Slow Down Baby, with Boyd and guitarist Robert Jr. Lockwood in support. Willie was back living in Hughes, Arkansas by the time he cut You Don't Love Me in 1960. He brought his composition, a close cousin to Bo Diddley's brooding '55 Checker waxing She's Fine, She's Mine, to Reuben Cherry, who ran the Home of the Blues record shop on Memphis' Beale Street as well as a label of that name. Cherry liked the song but told Willie he couldn't sing.

Stung by the criticism, Cobbs stalked out of the store, only to encounter rockabilly stalwarts Billy Riley and Stan Kesler. They thought a whole lot more of Cobbs than Cherry did and offered to record Willie the very next day. Cobbs' tough band included saxist Rico Collins, Boyd on piano, lightning-quick guitarist Sammy Lawhorn (later a Chicago staple), and drummer Wilbert Harris. Billy and Stan put You Don't Love Me and its devastating flip You're So Hard To Please out on their own Mojo logo, but Cherry had second thoughts and licensed the single for Home of the Blues. Vee-Jay picked the 45 up for national consumption.

Meanwhile, Riley had laid down a two-sided instrumental treatment of You Don't Love Me, re-titling it Shimmy Shimmy Walk and claiming he wrote it. Riley's 45 came out under the name of the Megatons first on Dodge and then Checker, where it charted pop in early '62. The ensuing publishing battle saw Vee-Jay stop promoting Cobbs' original.  Willie tried again throughout the '60s, releasing 45s on C&F, J.O.B., Pure Gold, Whirlaway, Bootheel, and his own Riceland and continued into the '70s on Philwood and Soul Beat, but lightning didn't strike twice.

The multi-instrumentalist (he played harp on Boyd's '58 Oriole single and electric bass on Eddie's '61 Mojo 45) put performing on the back burner for much of the '70s to operate several Arkansas blues clubs, but by the late '80s he was back in harness. Jim O'Neal's Rooster Blues logo issued Cobbs' 'Down To Earth' CD in '94, and his Willie Mitchell-produced  'Jukin'' came out on Bullseye Blues in 2000.