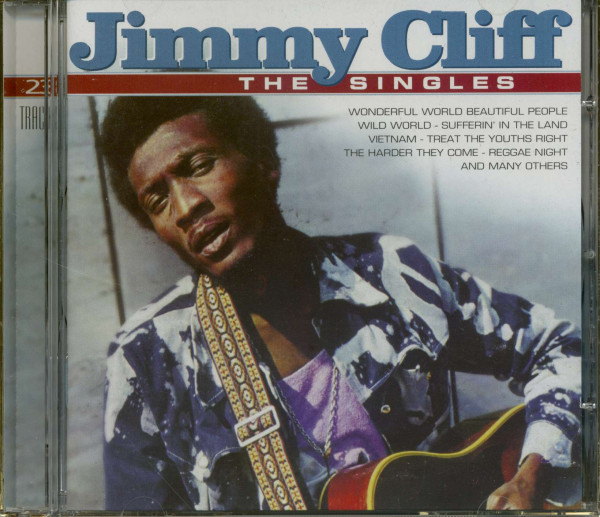 When the island of Jamaica became independent in 1962, it wasn't long before the musical movements of the Caribbean ex-British colony gained enthusiastic fans elsewhere. First there was ska, followed later by 'rock steady', which evolved into a faster version in 1969, reggae. This was a music genre that many would embrace with varying degrees of success, including rock giants David Bowie and Eric Clapton, for whom reggae was even considered one of the purest types of music. Originating in the Black neighbourhoods of Kingston, reggae spread to the U.K. and rapidly achieved worldwide popularity - due in large part to its underlying, catchy, dancing rhythm and the unmistakable Jamaican interpretation, complete with local pronunciation, intonation and concepts of harmony.

Jimmy Cliff was born in St. Catherine, Jamaica, on April 1, 1948, as James Chambers, and he had music in his blood from early on. He performed in local shows and at parish festivals, and at age fourteen he moved to Kingston and changed his last name to Cliff - to indicate the artistic heights he intended to reach. After the release of two singles that enjoyed little success, producer Leslie Kong took charge of Jimmy and gave him his first hit 'Hurricane Hattie'. From then on, Cliff was loyal to this producer until his death in 1971. These two were responsible for Jamaican ska taking the U.K. by storm. Island Records released Jimmy's singles there and 'Miss Jamaica', 'King Of Kings', 'One Eyed Jacks' and 'Pride And Passion' are real classics from the ska period. n 1964, Jimmy Cliff had become such a big star that he was sent to the World Fair as one of Jamaica's I representatives, followed by a successful sojourn in Paris. Jimmy jumped at the chance when Chris Blackwell, head of Island Records, asked him to move to the U.K., offering him a record contract.

Island Records, trying at that time to distance itself somewhat from pure Jamaican music and enter the more progressive rock field, asked Cliff to write songs that could cross over to that market. This endeavour was not without risks, but it was definitely worth a try. Success did not take long. Jimmy Cliff's superb debut album 'Hard Road To Travel' was released in 1968 and the same year the singer won the International Song Festival in Brazil with 'Waterfall'. A year later saw the international breakthrough of 'Wonderful World, Beautiful People'. This single became number 6 on the U.K. charts and made the Top 25 in the U.S.A. Soon afterwards, Jimmy again achieved renown with 'Vietnam', which Bob Dylan called 'the best protest song I've ever heard'.

Both 'Hard Road To Travel' and the album 'Jimmy Cliff', released in 1969, contained painful, emotionally charged songs that deserved a place on the charts, as demonstrated by 'Sitting In Limbo' and 'Many Rivers To Cross'. His cover of Cat Stevens' plaintive 'Wild World' was another big hit for Jimmy Cliff in 1970. Although he is in fact reggae's first real superstar, purist ethnic music fans complained that Cliff was becoming more and more commercial. Jimmy vigorously defended himself in the music press. 'Commercial,' he said, 'is not another word for 'lousy'. What's wrong with reaching millions of people with my music and giving people a great deal of pleasure in the process? 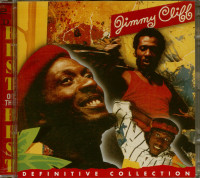 Tracklist
Cliff, Jimmy - The Singles (CD) CD 1
01 Pride An Passion
02 Give And Take
03 That's The Way Life Goes
04 Waterfall
05 Wonderful World Beautiful People
06 Hard Road To Travel
07 Vietnam
08 Sufferin' In The Land
09 Wild World
10 Be Aware
11 These Good Good Old Days
12 You Can Get It If You Really Want
13 Synehetic World
14 Goodbye Yesterday
15 The Harder They Come
16 Many Rivers To Cross
17 Reat The Youths Right
18 Reggae Nights
19 Sunshine In The Music
20 We All Are One
21 Hot Shot
22 Higher And Higher
23 I Can See Clearly Now
Funktionale