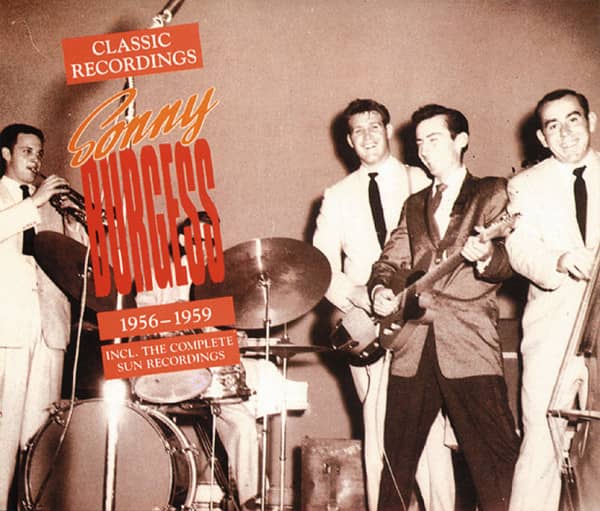 (Bear Family Records) 2-CD,  57 tracks with 32 page booklet.
There's nothing wilder in Fifties music than Sonny Burgess's Sun recordings. The complete story is here in 54 incredible rafter shakin', barn burnin' cuts. Several of the original singles have been transferred from newly discovered master tapes for the first time, and we've even unearthed some previously unissued performances that had eluded previous researchers. Songs include 'We Wanna Boogie', 'Red Headed Woman', 'Ain't Got A Thing', 'Fannie Brown', 'My Bucket's Got A Hole In It', and 'Mama Loochie'...... Rare photos from Sonny's personal collection round out the set. - (BEAR FAMILY) 2-CD (57 tracks) & 32 page booklet. 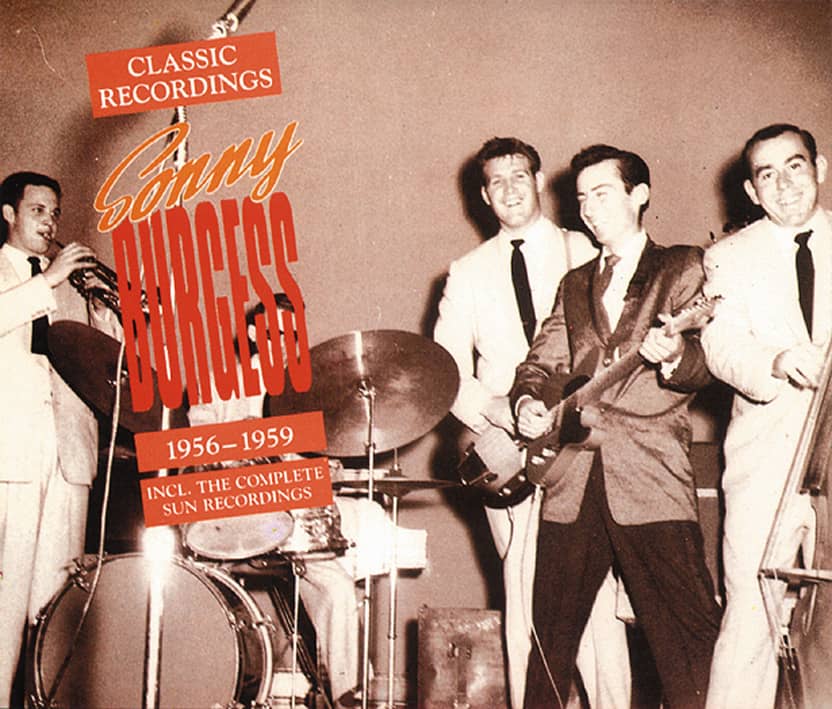 The Sun record label had an "A" team of recording artists and a "B" team. We know the A team: Elvis, Johnny, Jerry Lee and a few more. The B team made great records that sold well but never reached Top 40 radio nationwide. Sonny Burgess was one of them, along with Billy Lee Riley and others. Sonny has a distinctive gravelly sounding singing voice. And, of all things, a trumpet player in his numerous Sun recordings, something not often heard in rockabilly bands.

Fantastic double disc , highly recomended .
If you like the SUN label . 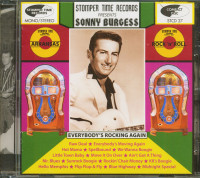 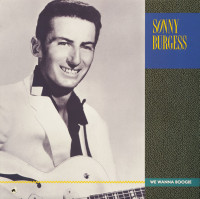