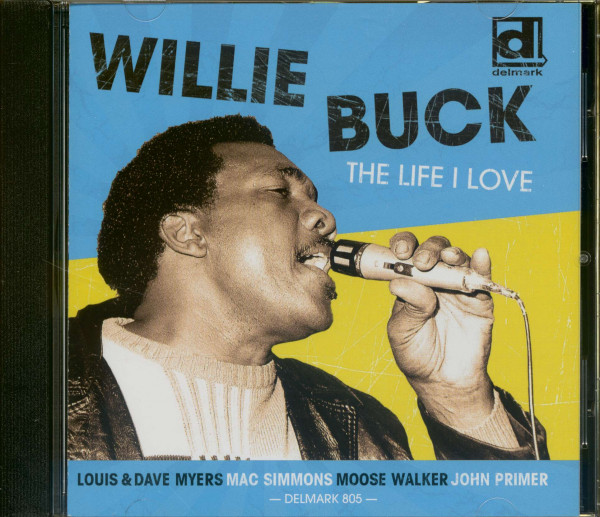 Willie Buck: The Life I Love

(1982/84 'Delmark') (66:27/11)With Louis Myers, Dave Myers, Mac Simmons and Big Moose Walker! Blues vocalist Willie Buck was born in 1937 in the small town of Houston, Mississippi. Willie performed on what became known as the "Chittlin Circuit" bouncing between Mississippi, Georgia, Louisiana, North & South Carolina, Tennessee and Texas. Shortly after developing his reputation, Willie migrated to Chicago in 1954 where he truly immersed himself in the Chicago Blues scene and became a real force on "Maxwell Street". Willie was inducted into the Blues Hall of Fame in Chicago in the summer of 2004. The Life I Love was recorded in 1982 and was issued then in a very limited edition LP. It appears on CD for the first time now and features previously unissued live tracks totaling 65 minutes of genuine Chicago blues.

Learn more about Willie Buck
WILLIE BUCK WiIie Buck has been ea rig is own an s icago for over 40 years. He's been on the... more
Close menu
"Willie Buck"

WiIie Buck has been ea rig is own an s icago for over 40 years. He's been on the scene since his ar-rival in Chicago as a teenager in the midst of the heyday of Chicago blues in 1953. By the early '80s he decided to put together an album. The result was tough Chicago blues performed by some of the best musicians in the business at that time. Willie Buck's only LP release became something of a collector's item over the years.

The fact that it's being reissued almost 30 years later (augmented with a handful of live tracks from the same era) is a real treat for fans of unadulterated Chicago blues. And Willie Buck is still out there in the trenches, unbend' in his devotion to the classic Chicago blues sound, and bringing it back to where it all began.

Ask anyone who has spent any time in the trenches of the Chicago blues scene about Willie Buck, and you'll hear the same things: he's one of the last of the old-school blues singers, one of the few guys who has a real handle on the classic Chicago blues from the '50s, a hard worker who over the years carved out a niche for himself in the south and west side blues joints. Ask someone outside the Chicago scene about Willie Buck, and you're just as likely to get another answer: Who? Willie Buck has been leading his own bands in Chicago - featuring some of Chicago's top blues talent - for over 40 years. And he's been on the scene since his arrival in Chicago as a teenager in the midst of the heyday of Chicago blues in 1953. Buck was born Willie Crawford in "the quarter" of the small town of Houston, Mississippi (the nearest 'big town' was Tupelo, about 40 mile away) in 1937, second youngest of eight children.

His father was a minister, as were several uncles, but he says a religious upbringing didn't deter anyone in the family from playing the blues. Willie was initially influenced by older musicians in his own family; "My sister, she'd sing and play guitar, and I had a cousin that played guitar. Matter of fact, two of my sisters played guitar." His earliest exposure to professional blues musicians came via B.B. King, who made regular stops at a place known as Sally's Juke Joint in Willie's hometown early in his career. Buck was too young to get in the door, but he'd sit outside and listen. never will forget, the last time he came to my hometown. Some of the guys, they got a little jealous, and cut his tires. He never did come back no more!" Local musicians played Sally's as well; "They had a lot of 'em around there, another guy named Bennie used to play there, and another guy named Walter.

This was about the only big club that was there, somebody every week playing there." The family also had a wind-up Victrola at home, and Willie was able to hear some of the big names in the blues on records; "We used to have Big Boy Crudup, I remember one record he made, I Love Your Mellow Peaches, 1 used to play that all the time." Buck also heard B.B. King broadcasting from Memphis on WDIA; "I used to listen to him on that station, he'd come on around 12:00, 12:15 in the afternoon, advertising Pepticon. He would sing that, 'Pepticon sure is good!". After moving to Chicago in 1953, the still-teenaged Willie was able to wrangle his way into the clubs and make some vital early connections; "My brother-in-law was real good friends with Muddy and this guy that used to run this radio station, WOPA. I believe it was, Big Bill Hill. He was on the air five days a week. And by my brother-in-law being such good friends with everyone, they used to let me in the clubs, at least until the owner saw me and kicked me out! We used to see Muddy down at 35th and Indiana, Smitty's Corner. And on 43rd Street, it was called Pepper's, he used to play in there a lot.

I was just hanging with him, because I enjoyed what was going on. He'd go up and talk to the guys and say 'He's with me, I'm responsible', and a lot of times I'd get to stay." By 1954, Buck began making some inroads into the Chicago scene. "They'd let me come up and do a song sometimes, and it just kept going from there." But for the most part, music was only a sideline for Willie Buck. He started a family, and made his living as an auto mechanic, confining his blues-making to an occasional appearance sitting in at neighborhood clubs through the '50s and '60s. One memorable night from the mid '60s: "There used to be a club at Orleans and Locust, on the second floor. I got a chance to sing with Little Wal-ter at that club. Dave Myers was with him that night. That was the last time I saw Little Walter, I believe he died a couple of weeks after that show."

Around 1970, Willie decided to get more serious about his music, and started occasionally putting together his own bands for the first time and book-ing occasional gigs on the south and west sides. These were comparatively slow times for live blues in Chicago, and as a result Willie was able to assemble bands using some of the very finest players in Chicago, many of whom were then scuffling for gigs. "I used to hire Fred Below on drums, we'd go pick him up. Odie Payne played with me, as a matter of fact, Odie Payne played on Disco Blues" [one of Willie's mid '70s single releases]. Among other notables who worked in Willie's bands dur-ing this era were guitarists Louis Myers, Eddie Taylor, Sammy Lawhorn, Magic Slim and Byther Smith, pianist and long-time friend Johnny "Big Moose" Walker, harp player Big Leon Brooks, and other Chicago stalwarts. To help promote his gigs, Willie produced and released a few singles in the '70s, and by the early '80s decided to put together an album on his own Bar-Bare label.

By this time Willie's main influence Muddy Waters had been absent from the Chicago club scene for some time, and Willie had made a name for himself as one of the foremost purveyors of Muddy's legacy, so it was natural for him to lean heavily on Muddy's material. The result was a collection of tough Chicago blues performed by some of the best in the business at that time. With almost no distribu-tion or promotion, and a limited number of copies pressed, Willie Buck's one and only full-length release became something of a collector's item over the years. So the fact that it's finally being reis-sued and widely distributed almost 30 years after it was recorded - and augmented with a handful of DIY live tracks from the same era - is a real treat for fans of unadulterated Chicago blues. Willie Buck has continued to serve up the same brand of deeply rooted blues in Chicago's south and west side taverns and clubs over the intervening years, and his profile has gradually risen as the ranks of his fellow hard-core bluesmen have dwindled. (He also received a bit of mainstream attention when he was featured briefly in the Academy Award nominated 1994 documentary film "Hoop Dreams" - he's the father of one of the main characters.) And Willie Buck is still out there in the trenches, unbending in his devotion to the classic Chicago blues sound, and bringing it back to where it all began. -Scott Dirks, March, 2010 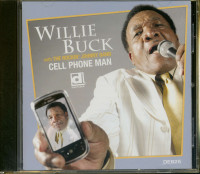 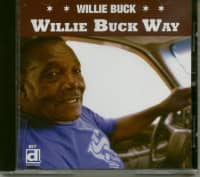