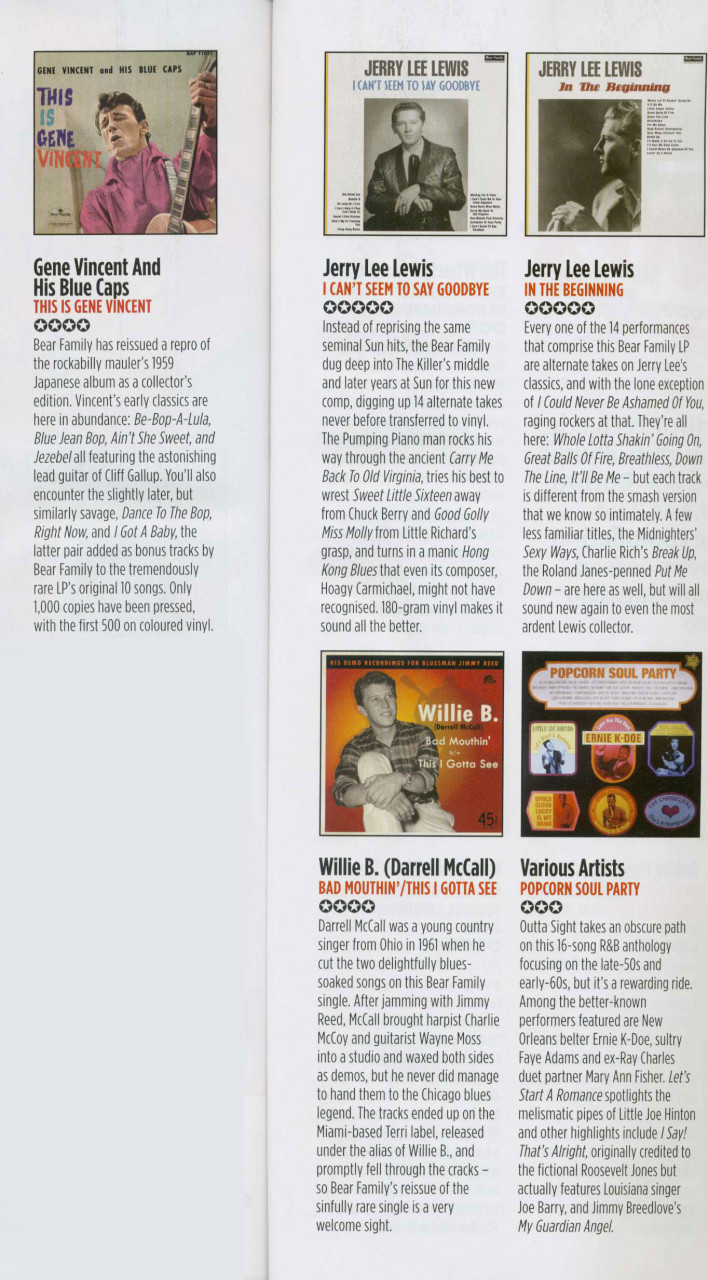 Gene Vincent And His Blue Caps
This Is Gene Vincent
Bear Family has reissued a repro of the rockabilly mauler's 1959 Japanese album as a collector's edition. Vincent's early classics are here in abundance: Be-Bop-A-Lula, Blue Jean Bop, Ain't She Sweet, and Jezebel all featuring the astonishing lead guitar of Cliff Gallup. You'll also encounter the slightly later, but similarly savage, Dance To The Bop, Right Now, and 1 Got A Baby, the latter pair added as bonus tracks by Bear Family to the tremendously rare LP's original 10 songs. Only 1,000 copies have been pressed, with the first 500 on coloured vinyl.