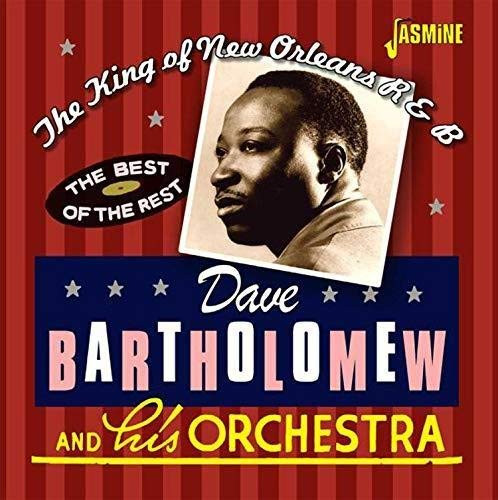 Rock & roll lost one of its true pioneers on June 23 2019 when Dave Bartholomew died in New Orleans at the age of 100.
He was best known for his collaborative work with Fats Domino (the pair enjoyed over two dozen Top 20 hits beginning in 1955).
Bartholomew was a member of both the Songwriters Hall of Fame and Rock & Roll Hall of Fame, and was a fine musician and record producer in his own right.

His compositions touched the careers of local artists including Smiley Lewis, Shirley & Lee and Chris Kenner, as well as international stars including Chuck Berry, the Beatles and Elvis Presley.

Most of all, Dave Bartholomew was an ambassador for New Orleans music, and helped craft the pop/R&B hybrid sound that thrived on the Charts for nearly a decade in the mid-1950s. His work is presented in depth on the soon-to-be-released Fats Domino box set “I’ve Been Around” (BCD17579).