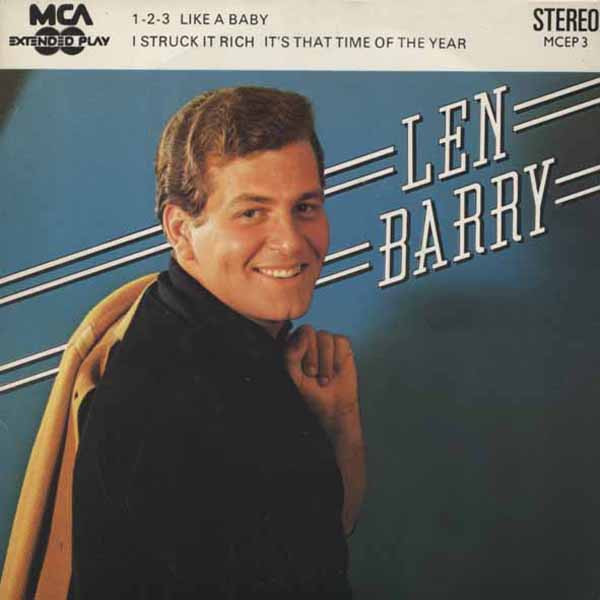 Please inform me as soon as the product is available again.
$9.50 *

Learn more about Len Barry
Len Barry was the king of blue-eyed soul for six months during 1966. Born in Philadelphia on... more
Close menu
"Len Barry"

Len Barry was the king of blue-eyed soul for six months during 1966. Born in Philadelphia on June 12, 1942 he is thought to have sung on the Bosstones' wild rocker 'Mope-Itty Mope' on Boss in 1958. He moved on to chart success with the Dovells in 1961-3, performing on their series of hit dance records, initiated by 'Bristol Stomp'.

As a solo artist, he had his greatest moments with `1-2-3` and 'Like A Baby' (Decca), which have since become disco-theque classics. Barry's high tenor singing kept him in busi-ness into the Seventies, with records on American Decca and RCA, but when the hits stopped coming he was forced to tone down his James Brown-inspired stage act and adapt his style for the cabaret circuit.