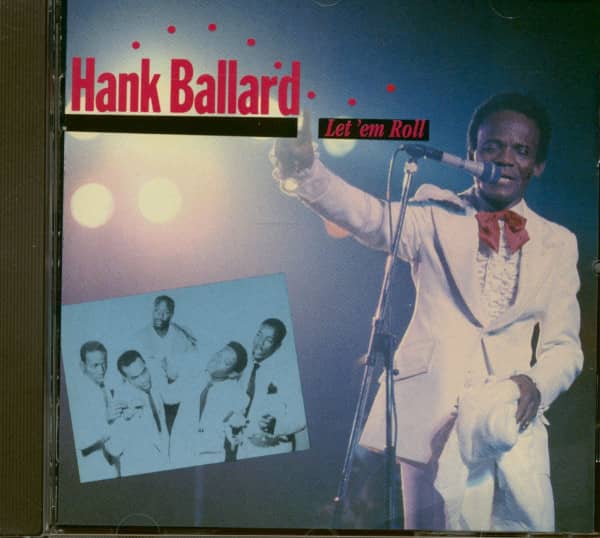 Original material that was often more than a little lyrically naughty, perpetually tight vocal harmonies, crazy choreography—Hank Ballard’s Midnighters were the toast of Detroit’s R&B vocal group scene prior to the rise of Motown. Hank knew the value of keeping an exceptional lead guitarist in the group. Over the course of the ‘50s, they went from Arthur Porter (soloist on their 1954 smash Work With Me, Annie) to young Texan Cal Green (see Disc Three) to Billy Davis. Like the rest of the group a denizen of Detroit, Davis came into the Midnighters in 1959, when Green was sent up the river for marijuana possession.

Mississippi-born Billy proved his worth tenfold on the slashing two-chorus solo gracing Look At Little Sister, cut August 6, 1959 at King’s Cincinnati studio  with John Faire on the other guitar, pianist Jimmy Johnson, tenor saxist Hank Moore, fantastic electric bassist Navarro Hastings, and either George DeHart or Philip Paul on drums. Along with lead tenor Ballard, the Midnighters were tenor Henry Booth, baritone Lawson Smith, and bass Norman Thrasher, who recalled the origins of Look At Little Sister for the liner notes to Bear Family’s five-CD Ballard boxed set ‘Nothing But Good—The Federal/King Recordings 1952-1962’:

"We were in Kansas City when Hank come up with the song," says Thrasher, a member of the Serenaders and Royal Jokers before joining the Midnighters.

The diminutive Detroit native Ballard, born John Henry Kendricks on November 18, 1927, joined the group, then billed as The Royals, in 1952 after it had made its first session for King’s Federal imprint. Ballard proved the group’s best source of material, penning their ’54 breakthrough smash Work With Me, Annie, the raunchy followup Sexy Ways, and the biggest dance song of its time, The Twist, which the group waxed for King with Hank newly front-billed in 1958. Right after that came more irresistible dance fare: Finger Poppin’ Time, Let’s Go, Let’s Go, Let’s Go, and The Hoochi Coochi Coo, 1960-61 smashes all penned by Ballard.

Perhaps in part due to the massive cash infusion from the publishing on The Twist, King boss Syd Nathan loyally stuck with Hank long after the hits dried up and the Midnighters broke up in 1963. Ballard finally rejuvenated his career due to James Brown’s production prowess in ‘68 with his black power anthem How You Gonna Get Respect (When You Haven’t Cut Your Process Yet). When he went back out on tour in the ‘80s with a new edition of the Midnighters, Ballard once again installed Davis as his guitarist. Ballard died March 2, 2003 in Los Angeles, having seen the whole world twisting (even if Chubby Checker ended up demonstrating the moves). 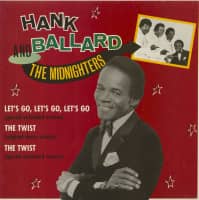