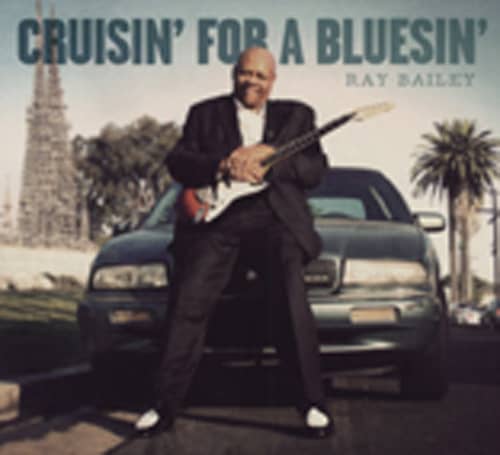 Ray Bailey: Cruisin' For A Bluesin'

After recording his superb 1994 debut, 'Satan's Horn', he almost disappeared into obscurity. By the Fall of 2007 Ray Bailey, the former Blues Wunderkind, a young man who could write his own ticket with an electric guitar, had suffered through a devastating fire and then the subsequent robbery that took all of his music, recorded and composed, his guitars, his artwork and all of his possessions. Overwhelmed, he sank into drug use and depression. In 2008 Ray Bailey successfully completed a drug rehab program. The following year, he recorded a rather mediocre live album. This new record shows him in much better shape. He's writing his own songs. It's not all gold that shines, but he's on a good way. - Digipak. RAY BAILEY - gtr/voc, JEFF McELROY - bass, LAND RICHARDS - drums. SpeciAL guests: MIKAL MAJEED - kbds, DENIS DePOITRE - hca.