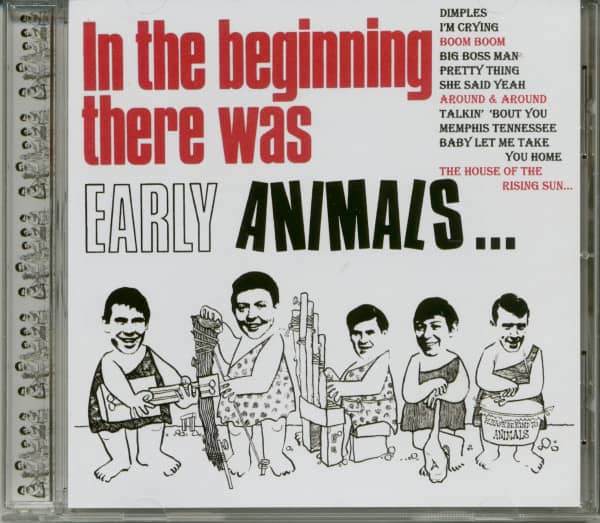 Learn more about The Animals
The Animals, perhaps the greatest stylists among the bands that led the British R&B boom and... more
Close menu
"The Animals"

The Animals, perhaps the greatest stylists among the bands that led the British R&B boom and certainly the most sig-nificant force to emerge outside London's suburbs, were formed as the Alan Price Combo in Newcastle, where they played all night on Saturdays at the shabby, crowded Down-beat club. The combo — Alan Price, organ (born April 19, 1942); Hilton Valentine, guitar (May 2, 1943); Bryan 'Chas' Chandler, bass (Dec. 18, 1938); John Steel, drums (Feb. 4, 1941) — gained a singer, Eric Burdon (May 19, 1941), moved to the smarter Club A Go-Go and eventually, at the start of 1964, to London, changing its name en route to the Animals. The group at once attracted a following on the London-based club circuit as ardent as they'd left in New-castle, drawing crowds with their electric repertoire, a driv-ing sound whose core was the counterpoint of Burdon's `black' voice and Price's engine-room organ, and an aggres-sion which prompted one American bluesman they backed to admit, 'Man, them Geordies are really mean — I gotta fight to keep the limelight when they're playing.' With record companies looking for R&B groups in the wake of the Rolling Stones' Top Ten success with 'I Wanna Be Your Man', the Animals were signed by EMI's Columbia label where they were produced by Mickie Most.

For their first single, however, Most ignored the R&B classics which went down so well on stage, opting instead for an unfamiliar blues standard which had recently appeared on Bob Dylan's first album as 'Baby Let Me Take You Home', and in doing so anticipated public taste as he would so often again. Re-leased in March 1964, it made the British Top Twenty six weeks later. The follow-up, 'House Of The Rising Sun', came from the same source, but Price's compellingly pow-erful arrangement transformed it into a rock classic. Besides topping the transatlantic charts, selling several million copies throughout the world, and lifting the group to star-dom, it reputedly inspired Dylan to start working with a rock band himself. The group emerged as part of the R&B boom in Britain but in America was seen as part of the folk-rock movement. After recording their own 'I'm Crying', which hinted at their later inability to make the transition from interpreta-tions to originals, they returned in 1965 to American material with Nina Simone's 'Don't Let Me Be Misunder-stood', Sam Cooke's 'Bring It On Home To Me' and in-terestingly, with 'We've Gotta Get Out Of This Place' by Brill Building writers Mann and Weil.

After two albums, The Animals (1964) and Animal Tracks (1965), Alan Price left in May, 1965. He was replaced by Dave Rowberry (born July 4, 1940) from the Mike Cotton Sound, who imitated his style completely, and in February, 1966, the Nashville Teens' Barry Jenkins took over from John Steel. The reshaped Animals moved to Decca for 'Inside Look-ing Out', 'Don't Bring Me Down' and Animalisms, but, in September, Burdon unexpectedly broke up the group. He re-emerged at the end of the year as the leader of Eric Bur-don and the Animals — John Weider (guitar, violin), Vic Briggs (guitar), Danny McCulloch (bass), Barry Jenkins (drums) — which had a further string of psychedelically in-spired hits in America where the group was based. These included Burdon's twin hymns to hippydom, 'San Francis-can Nights' and 'Monterey' (1967) and 'Sky Pilot' the follOwing year. In 1969 Burdon finally laid the Animals to rest to follow an erratic solo career. 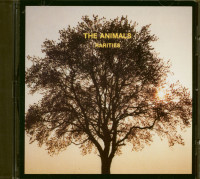