​(Universal) 10 tracks, Gatefold cover with exclusive poster and postcard.
Abba's first new Stuio album in 40 years
It is perhaps the greatest comeback in music history: the legendary Swedish pop band Abba is back. With Voyage, the iconic quartet consisting of Agnetha, Björn, Benny and Anni-Frid will release a new album in 2021. It is their ninth long player, their first studio album since The Visitors, which dates back 40 years, and their break-up in 1982.

The album was announced in a YouTube livestream in September 2021. Back in June 2016, Abba reunited to sing The Way Old Friends Do at a private party in Stockholm, and two years later, in April 2018, they announced that they had recorded two new songs: I Still Have Faith In You and Don't Shut Me Down, the lead singles from Voyage, with which the band already gave a taste of the new album. A third single, Just A Notion, was released in October.

The ten new songs were recorded at Benny Andersson's studio Riksmixningsverket in Stockholm. All songs were written by Andersson and Björn Ulvaeus.

To coincide with the new album, Abba have announced a unique live show: On 27 May 2022, the Abba Voyage Show will start in London, a digital performance that has never been seen before in this form. In a purpose-built arena at the Queen Elizabeth Olympic Park, Abba's avatars will sing and dance on stage, accompanied by a 10-piece live band. In reality, the real four Abba members are all over 70 by now, but their abba avatars have been created after their 1979 likenesses.

Abba are one of the most successful bands of all time. The Swedish quartet formed in 1972 and released eight studio albums before breaking up in 1982. Four of the last five albums also reached the top of the album charts in Germany. The superstars are known for their numerous world hits such as Dancing Queen, Gimme! Gimme! Gimme! (A Man After Midnight), Money, Money, Money, Take A Chance On Me, Mamma Mia! and many more. Since 2010, they also have their well-deserved place in the Rock And Roll Hall Of Fame.

Learn more about ABBA
ABBA ABBA Your stage name is made up of the initials of your first names. ABBA are:... more
Close menu
"ABBA"

ABBA Your stage name is made up of the initials of your first names. ABBA are: Agnetha Fältskog (* 05 April 1950), Benny Andersson (* 16 December 1946), Björn Ulvaeus (* 25 April 1945) and Anni-Frid Lynstad (* 15 November 1945), the only group member who was not born in Sweden but in neighbouring Norway. With their Grand Prix song "Waterloo" the quartet starts an unprecedented international career, whose fame continues long after its dissolution in 1982. "Mamma Mia" (1975), "Dancing Queen" (1976), "Knowing Me, Knowing You", "Super Trouper" (1980) are the number one hits in Germany. From 1974 ABBA became one of the most successful pop groups of all time.

Swedish group that won the Eurovision Grand Prix in Brighton on 6.4.1974 with "Waterloo'. Had the international breakthrough with the song, was gilded in Germany. In 1966 guitarist Björn Ulvaeus (born April 25, 1945 in Gothenburg) and pianist Benny Andersson (born December 16, 1946 in Stockholm) met. In 1968, together with their friends Agneta "Anna" Fältskog (born April 5, 1950 in Jonköping) and Annafrid Lyngstad (born November 15, 1945 in Eskilstuna), they founded the quartet "Agneta, Björn, Benny and Annafrid'.

In the summer of 1973 they had their first success outside Sweden with "Ring Ring', but only after they had shortened their name and won the Grand Prix did they belong to the top. "Honey, Honey', "I Do, I Do, I Do, I Do, I Do' and "S.O.S.' became the following hits. Meanwhile Benny is married to Annafrid and Björn to Agneta. Original Press Release: Deutsche Grammophon GmbH 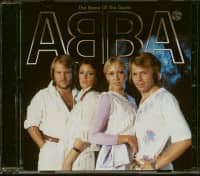 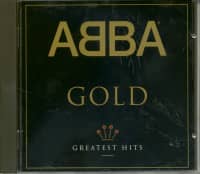 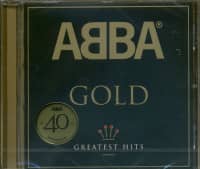