Andy Williams And The Valvetones: Watcha Gonna Do (7inch, 45rpm, BC)

A - Watcha Gonna Do

Video von Andy Williams And The Valvetones - Watcha Gonna Do (7inch, 45rpm, BC)

Article properties: Andy Williams And The Valvetones: Watcha Gonna Do (7inch, 45rpm, BC) 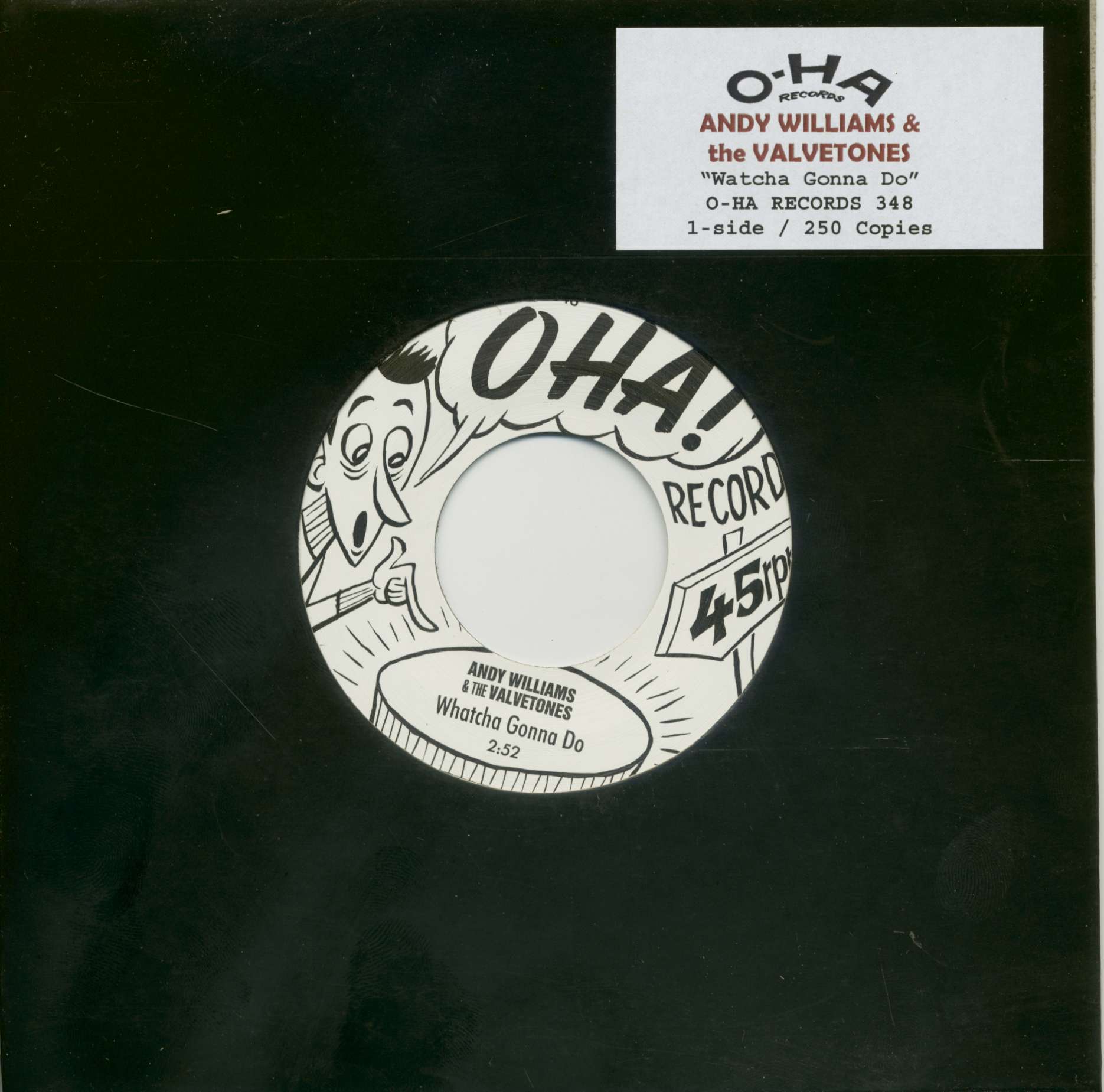 Andy Williams passed away just before this record was released, so never had the chance to see the finished article.
The record company is donating it's profits from this release to a Cancer Research Foundation.
Andy Williams was one of the great characters in the rockin' circuit and also one of it's big talents.
The Valvetones were a trio of dedicated musicians playing raw rockabilly and solid rock 'n' roll.
Andy (guitar/voclas) and Angelo (bass) have been playing rockabilly in the UK and Europe for 30 years, and have performing with many legendary artists such as Billy Lee Riley, Ray Campi, Gene Summers and Sonny Burgess.
Ben has been drumming on the rockabilly scene for a couple of years providing a solid backbeat for many bands and artists such as Gene Summers.
Check out this great version of a real classic - released as a very limited (250 copies) edition one-sided vinyl single.