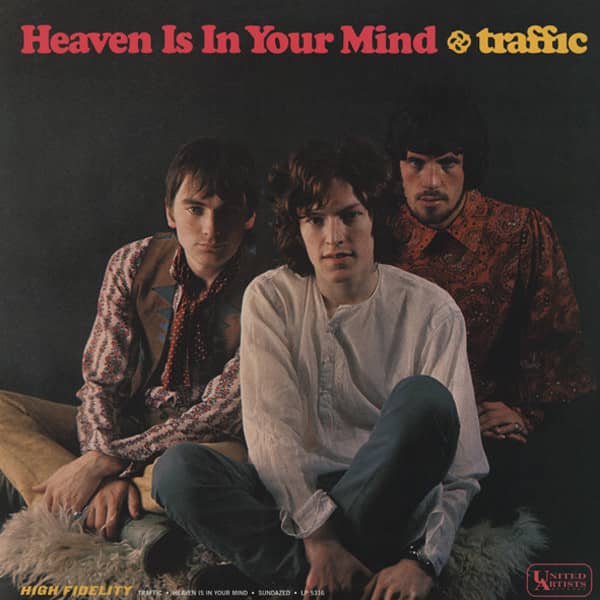 TRAFFIC: Heaven Is In Your Mind (US Mono - HD Vinyl)

Traffic was one of the most original and influential British groups of the 1960s, gathering a diverse set of individual talents in vocalist/multi-instrumentalist Steve Winwood, singer/guitarist Dave Mason, drummer Jim Capaldi and reeds player Chris Wood. The foursome's expansive talents and formidable creative chemistry allowed the musicians to integrate an array of folk, jazz, pop and R&B elements, infusing their eclectic stylistic mix with a playfully psychedelic spirit that perfectly captured the experimental sensibility of the times.
Traffic's historic 1967 debut LP (produced by noted studio vet Jimmy Miller) was released in the U.K. as Mr. Fantasy, but initially reached U.S. shores in altered form as Heaven Is in Your Mind/Mr. Fantasy. The American edition featured an altered track listing and new cover art with Winwood, Capaldi and Wood but not Mason, who had quit the band prior to the album's release.
The U.S. LP added the British singles 'Paper Sun,' 'Hole in My Shoe' and 'Smiling Phases' to the album's running order, along with a short snippet of the U.K. single 'Here We Go Round the Mulberry Bush' as a recurring motif between tracks. The American edition also tacked on the short closing track 'We're a Fade, You Missed This,' which is actually the fadeout of an alternate version of 'Paper Sun.' The American LP's title was quickly amended to Mr. Fantasy, and it was under that name that most stateside fans came to know the album, with the original U.S. edition becoming something of a rarity.
In any form, and under any title, Heaven Is in Your Mind/Mr. Fantasy ranks as one of the most audacious and inventive rock albums of its time. Such catchy tunes as 'Paper Sun,' 'Hole in My Shoe' and 'Heaven Is in Your Mind' combine stylistic adventurousness with effortless melodic appeal, while more introspective numbers like 'Dear Mr. Fantasy' and 'Coloured Rain' capture early stirrings of prog-rock and jazz-fusion.
Sundazed's new vinyl edition of this seminal vintage disc completely restores the album's rare original U.S. cover art. The LP also features the album's incredibly rare mono mix, which differs substantially from the album's more familiar stereo mix. Pressed on pristine high-definition vinyl, Heaven Is in Your Mind/Mr. Fantasy now looks and sounds better than ever.
Also available on compact disc!

Article properties: TRAFFIC: Heaven Is In Your Mind (US Mono - HD Vinyl) 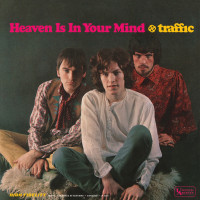 Tracklist
Traffic - Heaven Is In Your Mind (US Mono - HD Vinyl) LP 1
01 Paper Sun
02 Dealer
03 Coloured Rain
04 Hole In My Shoe
05 No Face, No Name And No Number
06 Heaven Is In Your Mind
07 House For Everyone
08 Berkshire Poppies
09 Giving To You
10 Smiling hases
11 Dear Mr Fantasy
12 We're A Fade You Missed This
Funktionale