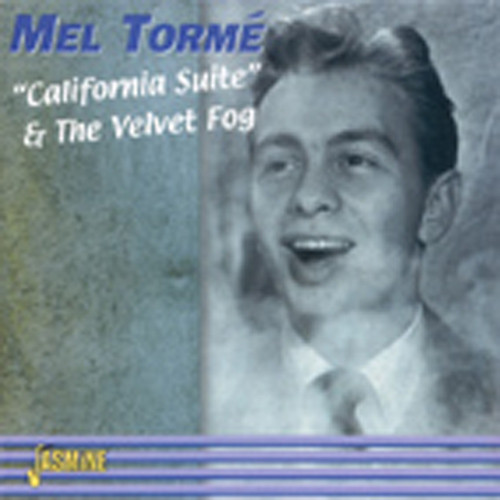 Celebrated as ‘The Velvet Fog,’ Mel Tormé likely knew a thing or two about quaffing a Moonlight Cocktail. An ultra-smooth vocalist whose roots were deep into jazz (he detested rock and roll), the Chicago native was exceptionally versatile—he played drums, wrote music, and was an accomplished actor and author. He and his vocal group, The Mel-Tones, backed Eugenie Baird and Bing Crosby on hits before Tormé scored his first as a featured artist for Musicraft, It’s Dreamtime, in 1947. Mel posted his only pop chart-topper on Capitol, Careless Hands, in 1949, though his Again and The Four Winds And The Seven Seas cracked the Top Ten that year.

Tormé recorded a series of acclaimed vocal jazz albums for Bethlehem Records during the mid-‘50s, working closely with Marty Paich—who also led the band for his revival of Moonlight Cocktail, a 1942 juggernaut for Glenn Miller’s orchestra. Russell Garcia arranged Mel’s rendition of the Kim Gannon/Luckey Roberts composition, a highlight of his 1960 Verve album ‘Swingin’ on the Moon.’ Singles didn’t interest Tormé much, though his 1956 rendition of Mountain Greenery was a British sensation.  One other exception: his 1962 hit Comin’ Home Baby on Atlantic. 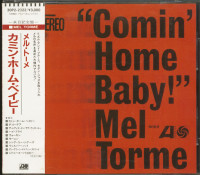 Tracklist
Torme, Mel - California Suite - The Velvet Frog CD 1
01 Do-Do-Do
02 Careless Hands
03 Stomping At The Savoy
04 You're Getting To Be A Habit With Me
05 Blue Moon
06 Again
07 The Four Winds And The Seven Seas
08 It's Too Late Now
09 Sonny Boy
10 Oh, You Beautiful Doll
11 The Old Master Painter (& PEGGY LEE)
12 I Hadn't Anyone Until You
13 Mountain Desert Theme
14 The Golden West
15 We Think The West Coast Is The Best Coast
16 Coney Island
17 The Miami Waltz
18 They Go To San Diego
19 Sunday Night In San Fernando
20 Got The Gate On The Golden Gate
21 Prelude To Poor Little Extra Girl
22 Poor Little Extra Girl
23 We Think The West Coast Is The Best Coast
24 Finale
Funktionale