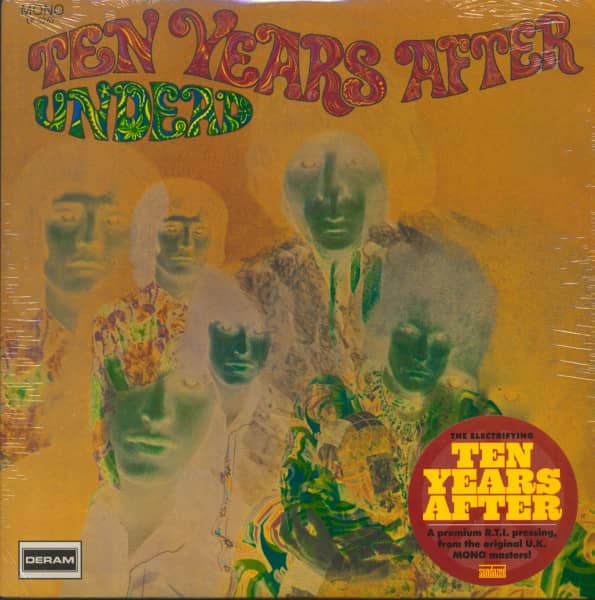 (2017/Sundazed) 6 Tracks - The electrifying Ten Years After! A premium RTI Pressing, from the original U.K. MONO masters! Immortalized on the silver screen, Ten Years After’s landmark performance of “I’m Going Home” at Woodstock galvanized their reputation as road warriors capable of rousing large crowds — such as the 400,000 festival-goers mesmerized by Alvin Lee’s white lightning on his bright red Gibson ES-335.“I’m Going Home” could also light up a room as small as Klooks Kleek in London, as heard on their second album, 1968’s Undead. But while it was the first recording of the song (with wires running from Decca Studios next door to capture it), it hardly came from nowhere.
Alvin Lee and bassist Leo Lyons learned the value of extended jamming as far back as 1962 while playing Hamburg in the Jaybirds, and not long after they began covering Gene Vincent’s “I’m Going Home (To See My Baby)” in Ten Years After — it was reworked into something entirely original. Or more specifically: stripped down, repainted, rebuilt and retooled into a drag racer that would scorch crowds for years to come. Undead was the first recorded evidence of that live legacy. Condensed to the best five of the May 14, 1968, set, the album sees the band do further long bluesy jamming with “I May Be Wrong, But I Won’t Be Wrong Always,” “Spider in My Web,” and pound Gershwin into submission (courtesy drummer Ric Lee) on “Summertime/Shantung Cabbage.”
And on a killer cover of “(At the) Woodchopper’s Ball,” the band’s jazzy blues is hot enough to turn Woody Herman’s classic into sawdust — replete with Alvin Lee and organist Chick Churchill trading solos. Rightly regarded as one of the best live albums of its era, Undead is reissued here in its rare mono mix, which has been out of print everywhere for nearly 50 years. It’s very much alive on this vinyl edition, which features primo sound and the beautiful negative-image original cover. Now Sundazed proudly presents the searing guitar of Alvin Lee & Chick Churchill’s haunting organ textures as they were meant to be heard, from the original U.K. MONO masters and pressed on premium RTI vinyl! 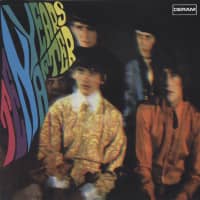 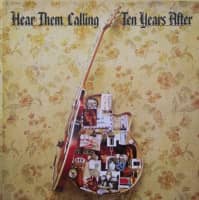 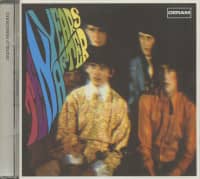 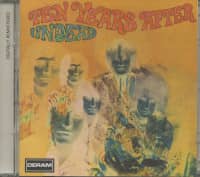