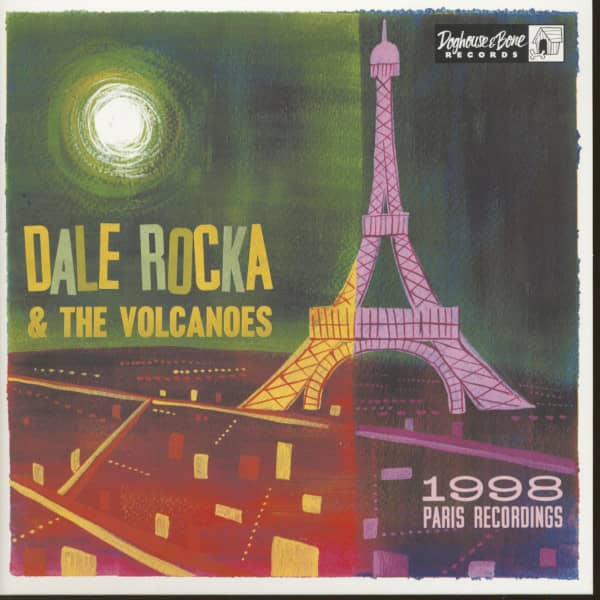 I had several trips to Sicily since my teens and every year, I managed somehow, to spend few weeks of holidays in the sunny island. I met Luca in 1996, while touring there with the 'Da Gous Ket Ramblers' and we had several opportunities to spend time together, later on; by the years, I met Massimo and the rest of the rockin' guys from Catania... Nice, warm and friendly people. Massimo had his high light moment in the early 90's as a member of the 'Silver Trio', a band that was inspired by Jive & Doo Wop music. Albums, TV's apparitions, and fame as a result for the 3 young 'silver' men from Catania...

But living in Paradise has also its shadow side: at that pre-internet time, my Sicilian friends felt quite isolated from the rest of the Rockin' scene in Europe. I was myself traveling with Lp's, carrying in my bags the new vinyl issues that they couldn't buy there at theAme. In 1998, my fellows had build up a Rockabilly band and were boo-ked to play live on an open stage close to 'Aretusa Fountain' in the old Syracuse. A stunning and beautiful place where the fountain freshwater meet the salty sea. A drummer (Giovanni Zino) and a Guitar player (Roberto Gorgone) from Palermo were joining the Upright Bass(Luca Ciriacono) and the Singer and rhythm guitarist (Massimo Rocca). Occident Sicily was meeting Oriental Sicily, the Punics had an appointment with the Greeks, on the top of an eruptive black mountain named Etna to play music: Dale Rocka and the Volcanoes were born...

That night, a sea storm was heading from west and thunder and lightning' was opening the show...no backing covered stage of course: cancelation seems the good idea then! Fortunately, I knew a small pub nearby, 'Il Frame' and the owner Ennio, was a friend. In no time, the band was settled there and ready to play.

I remember I was very impressed by the music they delivered this night. It was pure and fresh, authentic Rockabilly! Massimo was really hot and that band sounded different from what I use to hear up north. I decided that night to give my friends a hand and do my best to spread their name up to the Rockin' scene...'
Rod

'The first recording session of the band, at the end of 1998, came up as a consequence of an unlucky circumstance: a late summer outdoor gig in Ortigia, Sicily, was cancelled at the last minute because of a thunderstorm: still we found a small club where we carried our instruments and amplifiers, and saved our show. Inside the club we met Rodolphe 'Bayou Rod' Guiheux who offe-red its a New Year's Eve gig and recording session in Paris. The recordings were planned to be done at night but the opportuni-ties were reduced to just a few nights because the band got booked for more shows, including the Crossroad in Etampes and the legendary Charles Bar in Paris.' Luca

'I remember it was the time when finally I had my own rockabilly band, ready to shoot out the rockin fire that was inside of me since I was a child. The small room in Paris seemed to be the right place: just a couple of microphones and an old tape machine working beside me. After some takes Rodolphe said to me 'stop moving your legs and sing in front of the mic, we are trying to get your first 45' I couldn't stop but still the record was done!' - Massimo


'The recording studio was a rehearsal room in Montreuil, at the edge of Paris, ruled by Fabrice Lombardo (RIP) my bass player at the time. He had little but right vintage equipment. Few old mics (AKG D12) and a 4-tracks Fostex 1/2 inch tape recorder.
The recording was split in two nights sessions. After dinning in an Italian restaurant (don't ever bring Sicilians to Chinese!), Pizza and red wine had blown tension away!

A bottle ofJD was bought on the way, the recording could begin! I soon identify 'You Get Alone, I Got The Blues' as a potential hit and a great bopper. But their original version was only 1:30 minutes long so I asked Massimo and Luca to add some extra lines to reach 2 minutes. Less than ten takes later, the song was in the box, intense and raw, the guitar brakes were sharp as butcher knives... Vacuum compressor and Rolland Space Echo later gave the final touch at the mix session handled by Fabrice Lombardo. But it costs a lot of first strings broken for Roberto!...'   Rod

'I don't remember so much! I had lot of whisky And Maria, that's why the recording wasn't so boring! But one thing I remember: Monsieur Lombardo and Monsieur Rodolphe cheering me up while I was playing solos - ahahah what a fun!'  Roberto

'18 years had passed since that time and even if I don't remember every detail I still think that was one of the most thrilling days I had with the band as it was the first time we performed outside  our homeland. I remember that one day we performed at lunch time at the 'C. Bar' and nightly at 'The Cross Road', two rockin' clubs in Paris. That night we found ourselves inside a damned van without windows as prisoners diriven' through the city of Paris. One detail I remember is that in all the recordings I played just a snare drum and maybe one cymbal. It has been a great and an unforgettable experience. Many thanks to Rodolphe and all the French friends.' Giovanni

By May 1999, a split 7inch was pressed on Doghouse label, but I wasn't totally satisfied with the cutting so I decided to stop the production at only 125 copies for promotion purpose. A lot of the  Hemsby and Rockabilly Rave DJs had their own sample as well as the festival promoters. What remains after promotion (about 30 copies) was sold to Lenox (France) for distribution.

On this issue, Dale Rocka and the Volcanoes were sharing the EP 45 with an unknown female singer from Portugal, named Ruby Ann.' Rudilphe Guiheux (Doghouse And Bone Records)

Dale Rocka & the Volcanoes were formed as a band in 1998 and ever since they’ve been a flagbearer for straight rockabilly in their native island of Sicily and abroad.

The energy and elegance of their live shows have produced a solid reputation throughout Europe, and for this reason they’re constantly busy with concerts around the continent.
Despite having very broad musical tastes, it is clear that Dale Rocka & the Volcanoes get mostly inspired by the pioneers of rock, either famous or unknown.

Dale Rocka & the Volcanoes have previously recorded for Doghouse, Tail, Impero and lately Sleazy Records. All of their recordings so far came out on 45 rpm vinyl records: while their first records “You Get Alone, I’ve Got The Blues” and “You Keep My Love Handy” are long time sold out now and sought after by record colllectors, the last one, “Hot Rockin’ Baby” is getting plenty of positive reviews from music magazines and feedbacks from fans. The first release of a full album by Dale Rocka & the Volcanoes is for RHYTHM BOMB RECORDS on february 2014.

The band made his first USA appearance performing at VIVA LAS VEGAS ROCKABILLY WEEKENDER 2014.
Watch out for their live gigs when they come around your town! 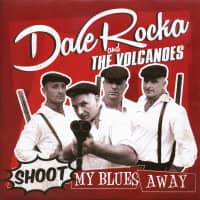