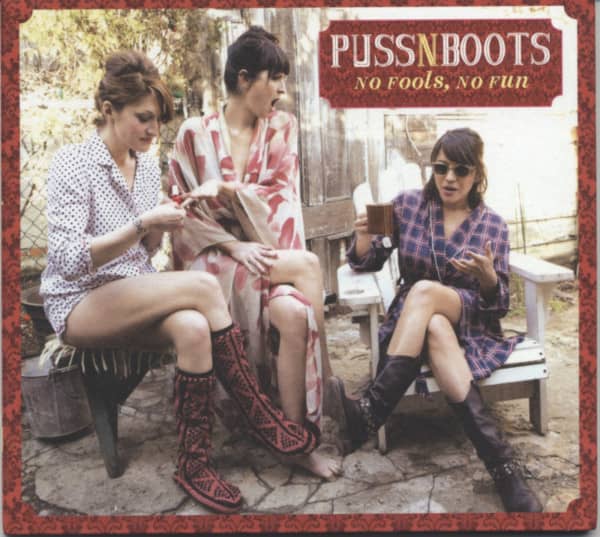 Puss'n'Boots: No Fools, No Fun

(2014/Blue Note) 12 tracks.
2014 project from Norah Jones and friends. While she's released five studio full-lengths, sold 40 million albums and won nine Grammys, Norah Jones can't seem to get enough of changing things up! By our count, this is the 100th recording project with which she's been involved in this short century, so it's safe to say she's a serial collaborator. And she kills 'em all. Puss'n'Boots is no different: A trio of like-minded gals that finds Ms. Jones combining forces with pals Sasha Dobson - a fixture on the NYC singer/songwriter scene and a frequent NoJo cohort - and Catherine Popper - a noted bass player who's played with Ryan Adams, Jack White and Grace Potter - for a fun-filled female trio. This album  is a combo of classic Country tunes (Johnny Cash, George Jones covers) and Roots Rock pearls (Neil Young, the Band) with more recent Alt-Country faves (Wilco, Jeb Loy Nichols) and original songs from each of the members that all simmers together right nice for a proper musical stew.