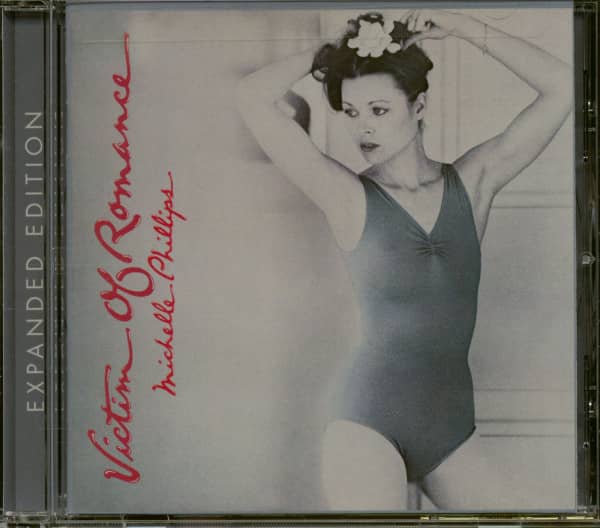 (Real Gone Music) 13 tracks
During the 1960s as an original member of The Mamas & The Papas, the lovely Michelle Phillips enjoyed singing lead vocal on that supergroup’s smash rendition of “Dedicated to The One I Love.” That performance planted a seed that took root some ten years later. But first, after the group permanently disbanded in 1971, Michelle continued her pursuit as an actress, appearing in such films as Dillinger and Valentino before going on to television series fame in the 1980s-90s on Knot’s Landing.

In 1976, however, Michelle took a brief break from her rising acting career to return to the recording studio as a solo performer following a pair of singles produced by her ex-husband and Mamas & Papas leader John Philips and A&M Records co-owner Jerry Moss. Working with legendary producer-arranger Jack Nitzsche (Neil Young, The Rolling Stones, and many others), Michelle enjoyed collaborating on an album that evoked the Phil Spector sound which Nitzsche helped to invent while also creating a modern ‘70s pop sound with such catchy tunes as “Aching Kind” and “Victim of Romance” (both penned by John “Moon” Martin”) plus a Bee Gees cover (“Baby As You Turn Away”) and original compositions by Michelle (“There She Goes”) as well as John Phillips (“Trashy Rumors”). A potent remake of Doris Troy’s “Just One Look” predates the Linda Ronstadt hit while “Where’s Mine?” displays the wink of humor often present in Michelle’s musical performances.