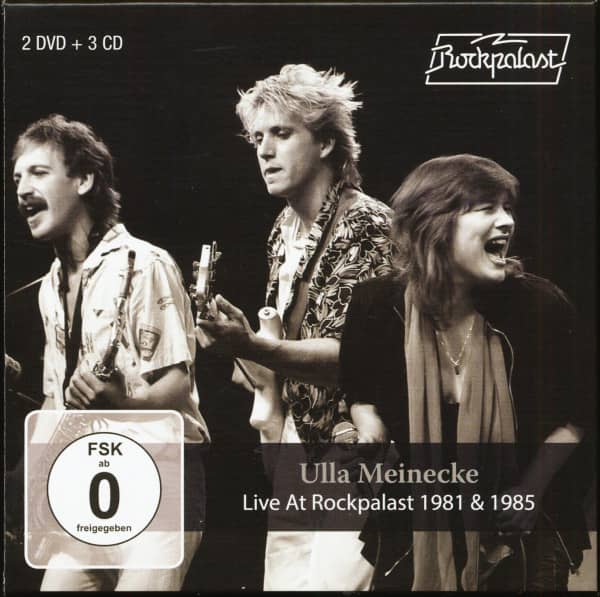 "It was a huge responsibility," recalls Ulla Meinecke to this day. "I've sweated blood and water." Because even the 1980s were still a time when audiovisual recordings were an exceptional situation, something extraordinary. "And there was no bigger show than Rockpalast."
Exactly this is part of the attraction of these performances - their truthfulness, which is supported by the intimate club atmosphere in the Sartory Sälen in Cologne and in the Zeche Bochum. They show a woman who was anything but conformist. "Self-determination has always been important to me." Meinecke was always too special for the mainstream
Both concerts were designed as a special programme, even though they did not differ significantly from the performances with which she also toured the country. Because no matter if in front of the camera or in a club, "what was always important to me, it's about how the audience feels."
- Reissue of the 1985 Ulla Meinecke Rockpalast plus the 1981 Rockpalast concert for the first time in full length!
- High-quality 3CD+2DVD collapsible box in CD format with detailed liner notes and first-class original photos.