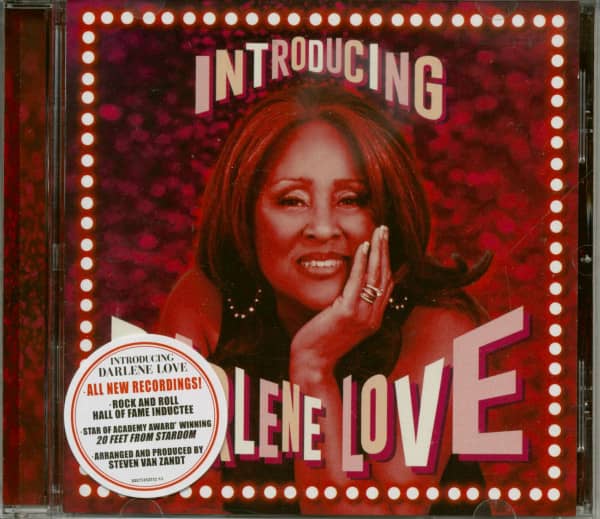 (2015/Sony) 14 tracks. 2015 release, the first new album in decades from legendary vocalist Darlene Love. Introducing Darlene Love was produced and arranged by artist/producer/E Street Band great Stevie Van Zandt, and is comprised of all new recordings and features never-before-heard and classic songs from a superstar cast of songwriters eager to showcase one of the most seminal voices in music history. Elvis Costello and Bruce Springsteen contribute two tracks each to the 14-song album, and Stevie Van Zandt penned three songs. Other writers include Jim Webb, Linda Perry, Desmond Child, Joan Jett, longtime songwriting team Barry Mann and Cynthia Weil, Michael Des Barres, and more. The captivating Love brings her iconic vocal delivery to each song. Inducted in to the Rock And Roll Hall Of Fame in 2011, the New York Times has called the singer 'a thunderbolt voice embedded in the history of rock n' roll...' and Rolling Stone praised her trademark vocal style as 'a rare instrument sturdy enough to vault over Phil Spector 's Wall of Sound.' The prolific Van Zandt creates a compelling production aesthetic on Introducing Darlene Love, echoing the classic recording style of many early '60s pop standards.