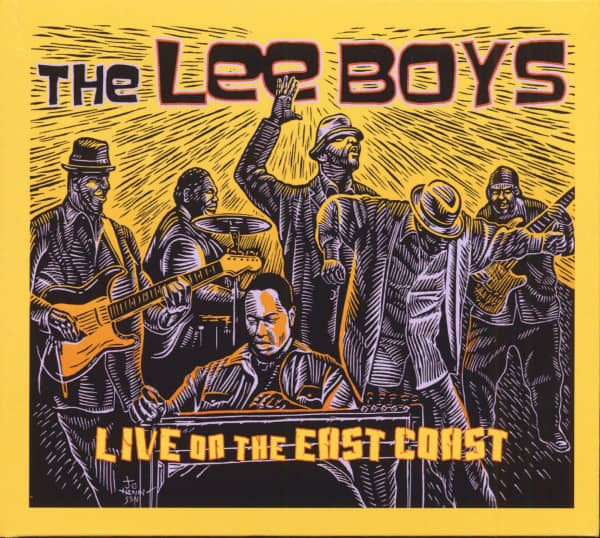 The Lee Boys: Live On The East Coast (CD)

This is the band's first release since Testify in 2012 and includes live performances recorded at three concerts in December 2018: Rives Theatre in Martinsville Virginia, Suwannee Roots Festival in Live Oak, Florida, and Allan Laws Thanksgathering in Winston Salem, North Carolina. Live On The East Coast features the unique gumbo of soul, funk, blues and R&B. Some of the songs have never been released by Lee Boys before.
The Lee Boys are one of the best Afro-American Sacred Steel ensembles in America. This family group consists of the three brothers, Alvin Lee (guitar), Derrick Lee and Keith Lee (vocals) as well as their three nephews, Chris Johnson (pedal steel guitar), Alvin Cordy Jr. (7-string bass) and Earl Walker (drums).
Sacred Steel is a kind of music described as an inspired, unique form of gospel music with a driving, blues-based beat. The musical genre is rooted in gospel, but influenced by rhythm and blues, jazz, rock, funk, hip hop, country and ideas from other nations.