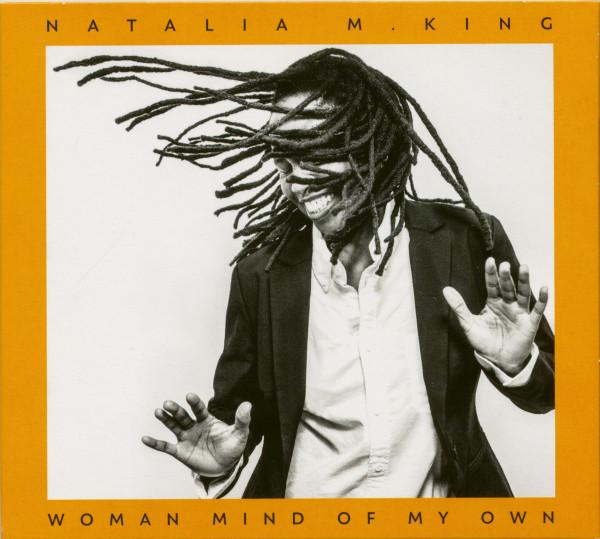 Natalia M. King: Woman Of My Own (CD)

(Dixie Frog) 9 tracks, digisleeve
The story of a pioneering musician with great impact and a captivating voice who, on her sixth album, for the first time explores the ancient, almost sacred terrain of blues, rhythm and blues and American roots music. And finally, that wonderful sense of rediscovery through nine tracks, all of which she has either composed herself or borrowed from others, of that magical style unaffected by the wear and tear of time.

With this neither shrill nor outmoded sound patina, carefully orchestrated by guitarist and producer Fabien Squillante producer Fabien Squillante, Woman Mind Of My Own is not an exercise in style or retromania. It is quite the opposite, a contemporary work, a holistic record that does not stop celebrating love with a capital L, as in Sunset To Sunrise or Play On, which keeps seducing like a magic potion; not just a self-portrait of an incredibly intense artist who has always presented herself exactly as she is, without frills frills, as the title track claims, but the portrait of a larger-than-life woman with the courage to take on.

Thus, Aka Chosen is the scene of a spirited coming out and the mountain from which to sing a hymn to all nations.

Article properties: Natalia M. King: Woman Of My Own (CD)