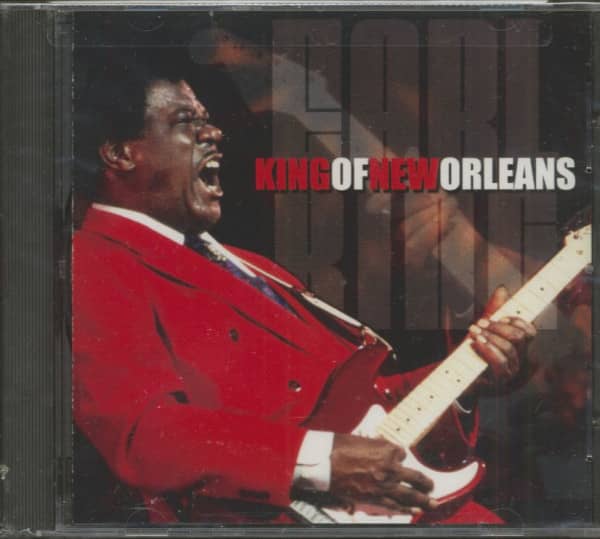 Songwriter, singer, guitarist, and hitmaker: Earl King wore a lot of hats on the 1950s New Orleans R&B scene. After making some regional noise with his impassioned 1954 Specialty single A Mother's Love (see Disc Four), he cast his lot with Johnny Vincent's fledgling Ace Records and gave the label its first national hit the following year with his plaintive two-chord blues Those Lonely, Lonely Nights.

"Johnny used to work with Specialty before he started his own label, Ace," said the late King. "One day, he came to me and said, 'Look, Earl, I'm starting a label. You ain't doing anything with Specialty, they ain't doing anything with you. You got some good songs. Why don't you come on over with me? Let's see if we can make some money.' And that's what happened. I went over with Johnny, and the first record I did with him was 'Those Lonely, Lonely Nights.' And it took off for him real quick."

Huey 'Piano' Smith's rolling 88s were a principal factor in the record's atmospheric charm, and Huey would continue to rattle the ivories on many of Earl's Ace encores. Yet My Love Is Strong, You Can Fly High, Well'O Well'O Well'O Baby, and Everybody's Carried Away, the latter three rampaging Crescent City rock and roll outings, came and went without anyone outside the Big Easy much noticing.

Earl's stop-time rocker Darling Honey Angel Child emerged on recording engineer Cosimo Matassa's Rex label in 1960. "That really was an instrumental," said Earl. "I kept saying, 'I wish I could put some words to this!' One day, I said, 'Oh well, what the hell, let me put some words to this groove.' And that's what I did."

Again, the record never made it past the bayous of Louisiana. King expanded it into a two-part single upon signing with Imperial later that year, re-titling his creation Come On and inserting scads of singular lead guitar parts that rode jauntily over a percolating second-line groove supplied by pianist James Booker, bassist George Davis, and drummer Robert French that came decorated with four horns.

"My greatest recording experiences came when I went with Imperial," said Earl. "Dave Bartholomew, who was the producer there, he gave me a free hand to do what I needed to do, whatever I wanted to do musically. I did just about what I wanted." Among King's other Imperial triumphs were 1962's hilarious Trick Bag and its charting flip Always A First Time. Come On found its way to Jimi Hendrix, who revisited the anthem on his 'Electric Ladyland' LP in 1968.

Although King wrote early '60s hits for Lee Dorsey, Willie Tee, and Fats Domino, a 1963 jaunt to Motown amounted to nothing tangible, and his promising '72 LP for Allen Toussaint was shelved. A trio of fine albums for New Orleans-based Black Top Records revitalized his performing career and had him touring from the mid-'80s on. Earl Silas Johnson IV died April 17, 2003 and was honored with a full traditional jazz funeral procession that wound through the streets of his lifelong hometown. It was a ceremony fit for a king. 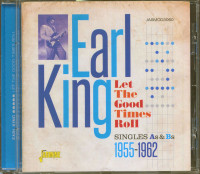 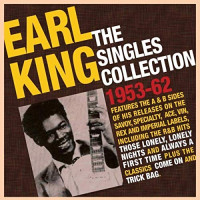 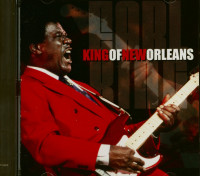