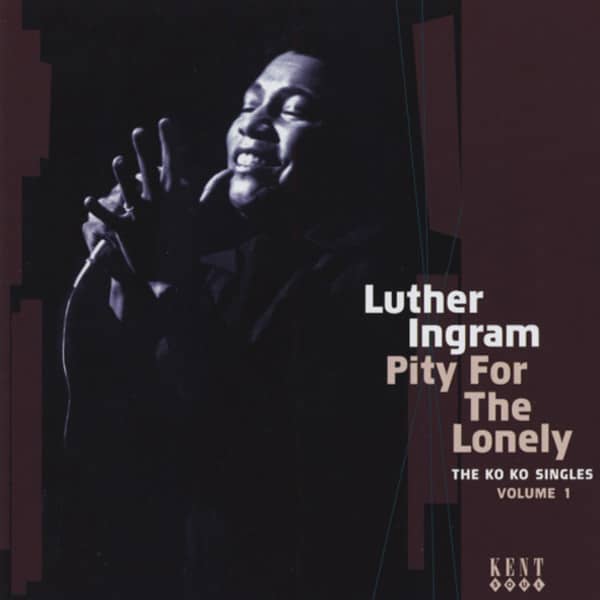 Luther Ingram: Pity For The Lonely

Ain't That Lovin' You (For More Reasons Than One)

Ain't That Lovin' You (For More Reasons Than One)

A one-producer singer from the beginning of his rise to fame to almost the end, Luther Ingram was seemingly connected at the hip to Johnny Baylor. The intimidating boss of KoKo Records put virtually all of his resources behind making Ingram a star. It ultimately worked, though some of Baylor's tough-guy methods were unsettling (his shenanigans eventually helped bring down the Stax Records empire).

Born in Jackson, Tennessee on November 30, 1937 and raised in the southern Illinois town of Alton from age 10, Ingram started out singing gospel in The Midwest Crusaders before veering into doo-wop with The Gardenias, who hooked up with Ike Turner's Kings of Rhythm for a 1956 Federal single. Visiting New York nearly a decade later, he ran into some friends that told him A&R man Milt Gabler was looking for fresh talent. That led to Ingram's '65 solo Decca debut, and he also waxed the clever workout I Spy (For The F.B.I.) for Smash the same year as well as a 1966 platter for Detroit's tiny HIB logo. Then Baylor came ramrodding into his life.

KoKo was the Alabama native's childhood nickname, and his new label's inaugural release was Luther's You Got To Give Love To Get Love, done in Memphis with Willie Mitchell's band. Ingram co-wrote his KoKo encore Missing You before Al Bell invited Baylor to cast his lot with Stax in 1968. Luther made his first KoKo appearances on the R&B hit parade the next year with Pity For The Lonely and My Honey And Me, but it was his delicious treatment of Homer Banks and Allen Jones' tender ballad Ain't That Loving You (For More Reasons Than One)-–originally done in '67 by Johnnie Taylor on Stax—that put him on the map, rising to #6 R&B and #45 pop.

After that, Luther regularly visited the R&B charts with To The Other Man later in '70, Be Good To Me Baby and I'll Love You Until The End the next year, and a revival of Sam Cooke's You Were Made For Me that underscored his stylistic debt to the late singer in '72. Then came Ingram's career song, the steamy cheating ode (If Loving You Is Wrong) I Don't Want To Be Right, done in Muscle Shoals with its resident rhythm section spiced by Pete Carr's crying lead guitar. It was an across-the-board smash, and I'll Be Your Shelter (In Time Of Storm) did very well right behind it. Ingram's streak ended in 1973 after Always and Love Ain't Gonna Run Me Away, but Baylor somehow revived KoKo for another run of 1976-78 Ingram hits.

Other than a brief 1986-87 comeback with three minor R&B hits on the Profile label, that brought Ingram's time in the spotlight to a close. Years of battling kidney disease and diabetes preceded his March 19, 2007 death in Belleville, Illinois. 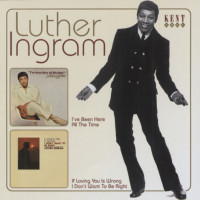 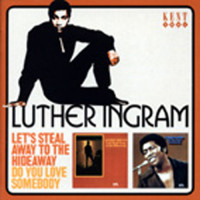