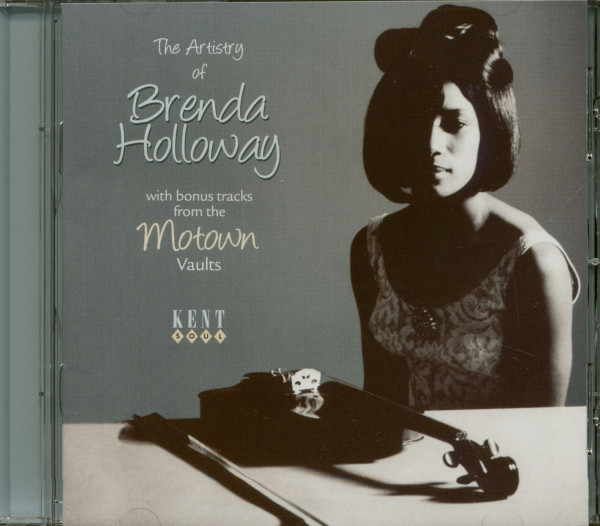 (Ace Records) 22 tracks with 16 page booklet.
-
We provided an appetiser to the career of Brenda Holloway with “The Early Years - Rare Recordings 1962-1963”, issued on CDCHD 1241 in 2009. Now we serve up the main course with this expanded reissue of 'The Artistry Of Brenda Holloway', a compilation LP released exclusively in the UK in 1968.

The album comprised an overview of Brenda’s four-year spell with Motown, featuring all of her USA-sides, five B-sides and two tracks from her “Every Little Bit Hurts” long-player. Our reissue comes with eight never-before-heard bonus titles from the Motown vaults. The “Artistry” album was issued in mono and stereo, but the stereo version is much rarer today, so we have decided to go with that for our CD reissue, with one exception.

The track ‘Every Little Bit Hurts’ exists only in mono and fake stereo; in the absence of a true stereo version, we’ve used the original mono master here. The bonus titles span Brenda’s Motown career, from 1964’s pop-sounding ‘Mr Lifeguard (Come And Rescue Me)’ to the soulful ‘It’s Love I Need’, completed just a few months before her departure from the company in 1968. One stand-out track that deserves special mention is ‘After All That You’ve Done’, a typically breathy gem penned by Smokey Robinson. Most of the tracks are soulful ballads, at which Brenda was one of Motown’s foremost exponents. Even her most successful song, albeit as a writer rather than as a performer, ‘You’ve Made Me So Very Happy’, was arranged as a ballad, despite Brenda’s dogged insistence it should be cut as an up-tempo number.

Her instincts were proved right when Blood, Sweat & Tears had a #2 hit with the song in 1969, in a jazz-rock arrangement. Brenda’s only up-tempo A-side for Motown, ‘Just Look What You’ve Done’, shows that she was more than capable of handling this kind of material. To conclude, a few words from Brenda: “While I was signed to Motown I was constantly in and out of the studio. I recorded so many different tracks that after a while I just lost count of what song was what or what the titles were. I would record a song and then never hear it again. In recent years many of my unissued Motown recordings have been released for the very first time, most of which I had completely forgotten about. Sometimes I may hear a song that triggers something in the back of my memory.

For the most part, when these unreleased tracks come out, they are as new to me as they are to my fans. I’m so very grateful to my loyal fans all around the world, especially those in the UK who have never stopped supporting my career. I’m truly delighted that my name and work are still relevant today. When 'The Artistry Of Brenda Holloway' album was first released in the UK in 1968, I always wished that the rest of the world could have been able to enjoy it as well. Now they finally can. (Keith Hughes) 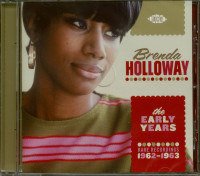