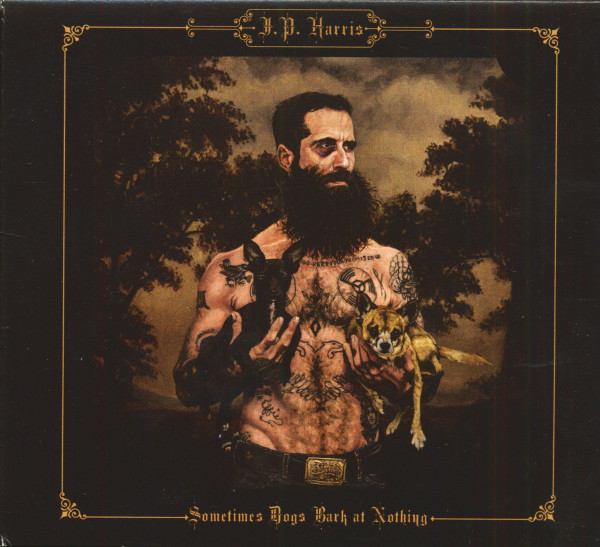 (Free Dirt Records) 10 Tracks - Digipack - 2018 release. JP Harris doesn't fancy himself a musician as much as a carpenter who writes country songs. With his album, Sometimes Dogs Bark at Nothing, Harris is back after a four-year hiatus to remind us what it's like to actually live the stories we hear so often in country music. Born in Montgomery, Alabama, Harris left home at 14 and traveled the country hopping freight trains, working the odd job, and living without electricity or running water for over a decade. For this record, his third full-length, he tapped a handful of his favorite players and called on the production prowess of Morgan Jahnig (Old Crow Medicine Show) to capture the stories of his stranger-than-fiction life. Dripping with pedal steel and telecaster twang, the record has the rugged edges of outlaw, the danceability of honky tonk, and classic country's beloved emotional candor. After more than a decade in the trenches, Harris is more in love with country music than ever. If he hasn't already, his latest effort will make you a believer!