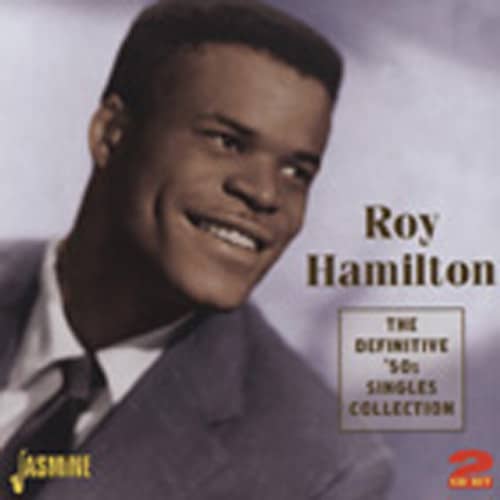 Big voiced Roy Hamilton had an inestimable impact on rock music and R&B, although his proclivity for Broadway material usually earns his exclusion from most rock and R&B lists. That said, his soulful interpretations of pop material like You’ll Never Walk Alone, Unchained Melody, and Ebb Tide influenced Elvis, the Righteous Brothers, Timi Yuro, and many other lesser luminaries. His originals, like You Can Have Her and this romping classic, became both R&B and pop classics. Hamilton was from Leesburg, Georgia (born April 16, 1929), and lived in New Jersey from age 14. He sang with the Searchlight Gospel Singers, and won a talent contest at the 21 Club in Bayonne, NJ (reputedly the show at which Nappy Brown was also discovered).

Local dee-jay Bill Cook placed him on a live radio show from the Caravan Club, and Hamilton tore up the house with his rendition of You’ll Never Walk Alone. Cook assumed Hamilton’s management and landed a contract with the Epic division of Columbia Records (launched in 1953, Epic was meant to be a little more adventurous than the parent label). All was going well until one night in April 1956 at the Flame Bar in Detroit when Hamilton couldn’t take the stage. Bill Cook found him collapsed in his dressing room. Diagnosed with tubercular pneumonia, Hamilton was forced into hospital, while Cook announced to the media in early June that his star had retired due to ill health. Cook said that Hamilton would resume his career as a painter after his recovery.

One year later, though, Hamilton was back in the recording studio. In July 1957, Hamilton made his first personal appearance in over a year at an all-star show in Atlanta with LaVern Baker, Little Willie John, Nappy Brown, and the Cardinals. By October, Hamilton was back in the saddle, touring almost constantly, but needed a hit to legitimize his comeback. At the end of 1957, just as he was breaking box office records at the Howard Theater in Washington, D.C., Epic released his recording of Jesse Stone’s Don't Let Go featuring an orchestra under Stone’s direction (trivia buffs reckon that it’s the first rock 'n’ roll record to be recorded in stereo).

It was published by Roosevelt Music, a cooperative of mostly black songwriters, headlined by Stone and Charlie Singleton, that tried to take on the major publishers. Another Roosevelt writer, Otis Blackwell, reckons that he had a hand in the success of Don’t Let Go. “Jesse had arranged [it] a little low,” he told Ralph Newman. “When I came to the session, Jesse was kind of despondent 'cause Roy couldn't seem to get it the way he wanted it. So I said, ‘Lets pick it up,’ and told Roy to holler 'uh uh’ every time I tapped him on the shoulder. That was the thing at the time, everyone moaning and groaning.” It reached #13 on the pop charts, and Hamilton was most assuredly back. 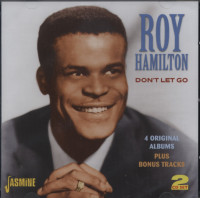 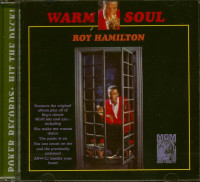 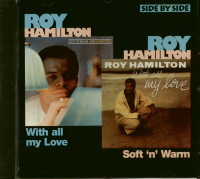 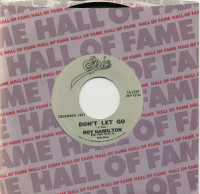