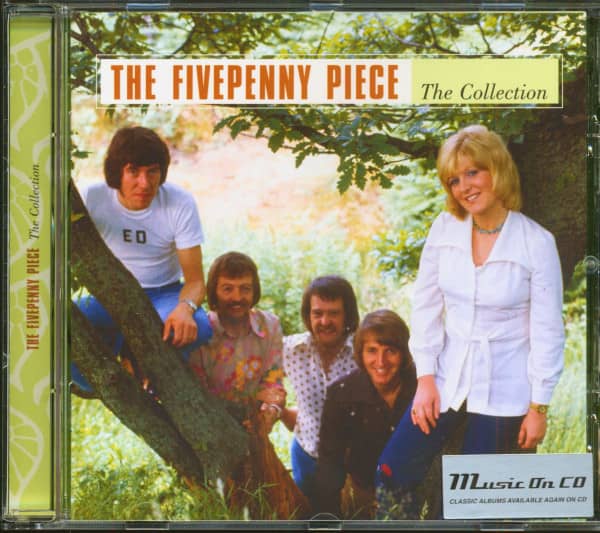 The Fivepenny Piece: The Collection (CD)

(Music On CD) 23 Tracks - Original 70's Parlophone recordings! In the 1970s The Fivepenny Piece celebrated numerous successes with many bestselling albums. Formed in 1969 in East Lancashire in the North West of England, they soon celebrated their first successes and were signed by EMI. The heart of their music is the amazing voice of singer Lynda Meeks, whose harmony creates goose bumps. In their prime, the band released over a dozen albums, many of which reached high chart positions. Fivepenny Piece were also represented on television with numerous appearances and even had their own BBC series with The Fivepenny Piece Show.