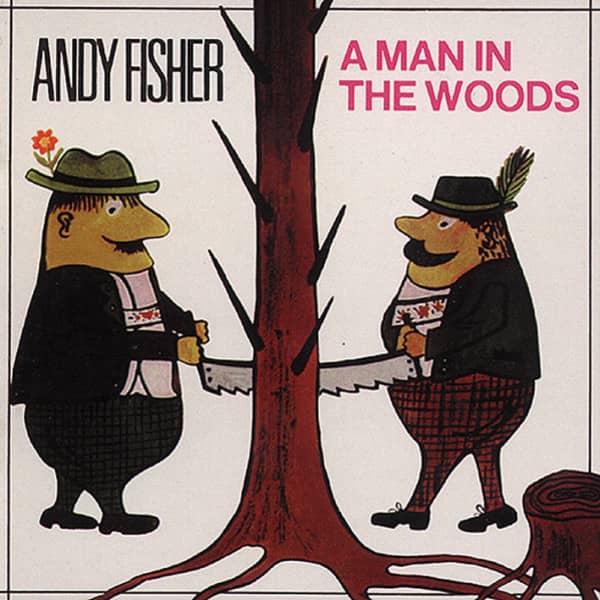 Andy Fisher: A Man In The Woods

1-CD with 8-page booklet, 30 titles. Running time 79:38 minutes.
His'Potato Beat' roared out of all jukeboxes in the late 1960s and early 1970s. Andy Fisher, the Austrian who grew up in Old England, stormed the charts with his cool vocals, with his bizarre lyrics from partly German-English mish-mash.
He sang, apparently against every trend, his hits like Oh, What A Kiss, A Man In The Woods or Der Babyspeck ist weg. From 1966 until the early 70s he had a firm place in the German music scene. Andy Fisher's greatest successes and all titles of his LP'Max Nix' are on this CD. Of course, his greatest hit
Mr. Cannibal, eat me again... Really awesome!

Article properties: Andy Fisher: A Man In The Woods

Learn more about Andy Fisher
ANDY FISHER: A Man In The Woods Summer 1966: A call to a studio appointment did not mean... more
Close menu
"Andy Fisher" 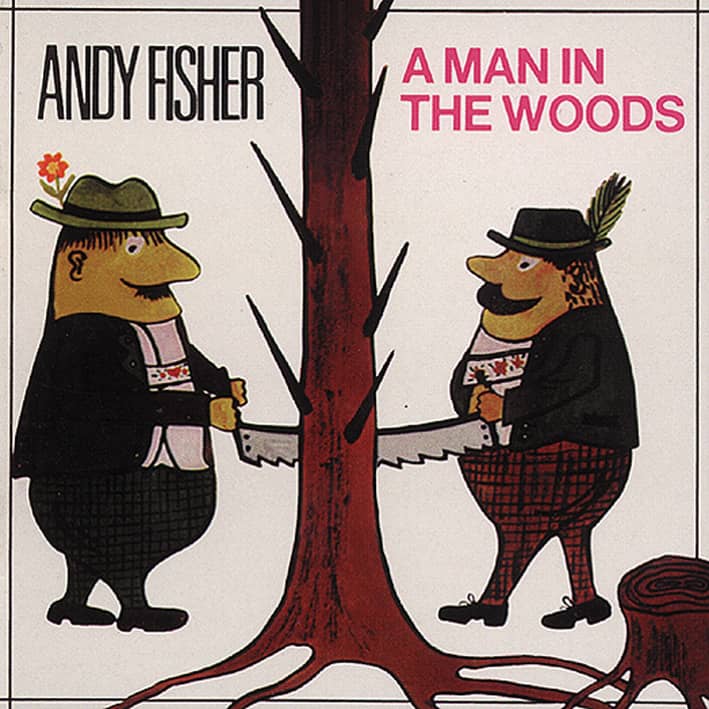 ANDY FISHER: A Man In The Woods

A call to a studio appointment did not mean anything unusual for the freelance studio musician and bassist Johann Ernst'Johnny' Fischer. Producer Otto Demler had ordered him to the Electrola-Studio in Cologne at 4 pm, where he arrives on time with his bass. However, Fischer is surprised not to meet a colleague in the studio. Upon his request, the producer tells him that he ordered him to sing, which is really not his profession. But, as it happens again and again, the original intended candidate has not proved to be up to the task, and since good English is required for the recordings, producer Otto Demler came to Johnny Fischer. After a short hesitation he sings in the title Oh What A Kiss and on the same evening I Have A Dog and says goodbye to his summer vacation.

When Johnny Fischer returns from vacation, he already got the pseudonym Andy Fisher and over 40,000 singles from Oh What A Kiss are already sold. The management of Electrola is generous and offers him a lump-sum compensation for the recordings. The offer is DM 200,-. But producer Demler informed Andy Fisher beforehand and advised him to insist on licenses, which doesn't go down well with the management. Nevertheless, she enters into a single contract without options, assuming Andy Fisher's success is a one-hit wonder. He then switched to German Vogue, was awarded a long-term contract and continued his successful series with his English version of the Sacha thistle hit Monsieur Cannibal as well as A Man In The Woods and other novelty numbers. All Vogue recordings are recorded in Cologne in the Loeve studio, which is owned by Jean Loering (the president of Fortuna Cologne) and the journalist Karl-Heinz Vest. After the Vogue contract expires, Andy Fisher makes one last hit recording for the Ariola. However, his career as a pop singer meant only a short interlude in his musical career.

He was born on 3.5.1930 as Johann Ernst Fischer in Vienna. He was just six years old when his father died. When the war begins, his mother sends him to England, where he is warmly welcomed by a Quaker family. Good school performance earned him a scholarship and he attended the Rudolf Steiner School in Aberdeen. At the age of 17 he returned to Vienna, finished school and henceforth devoted himself to music, more precisely to jazz. In 1950 he played as a pianist in an American club in Salzburg. Soon follows the first engagement in Germany, which Johann Ernst sees in need. The bassist of his combo has suddenly run away and since Johann cannot find a substitute bass player, he asks his friend Joe Zawinul to take over the piano part. He himself changes over to the bass and from then on stays with the instrument.

Performances in Holland followed with trumpet player Franz Reinisch, who continues one half of the former Horst Winter Orchestra, at that time the best big band in Austria. In 1954 he appeared for the first time, and from then on regularly, in the Frankfurt Jazzkeller, the cradle of post-war German jazz. In 1955 he was elected bassist of the year (now a member of the Hans Koller Combo). He succeeds Hans 'James' Last, who received this award in 1954. Heinz Gietz, whom he also met in Frankfurt, introduced him to Kurt Edelhagen in 1957, and shortly afterwards he became bassist in his new big band. Although this is a dream come true for Johann Ernst, otherwise the collaboration with the tyrannical Edelhagen is rather traumatic and Johann Ernst is happy to join Heinz Gietz in 1962 as a permanent studio musician, for whom he already worked from 1960 on. He remained a studio musician until 1966 before joining Kurt Edelhagen for another four years - this time not as a musician but as a producer and manager. This is also the time of the Andy Fisher Schlager period. In 1970 Johnny Fischer switched to the publishing business and has now been with Ralph Siegel for almost 10 years.

Review 1
Read, write and discuss reviews... more
Close menu
Customer evaluation for "A Man In The Woods"
From: Chekka67 On: 19 Sep 2018