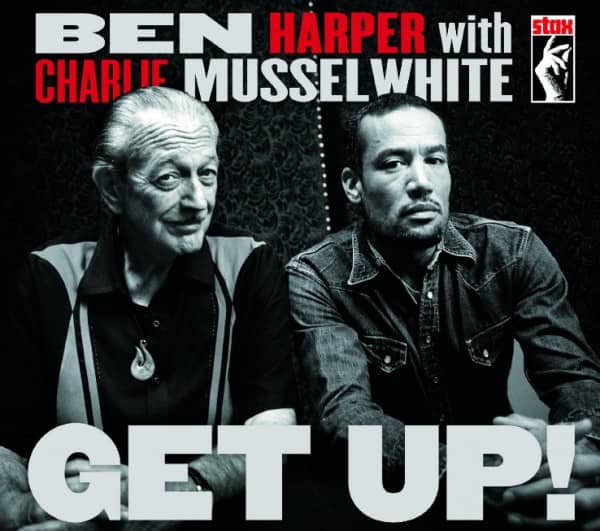 Ben Harper & Charlie Musselwhite: Get Up!

There’s a moment in the title song of the new Ben Harper and Charlie Musselwhite album called No Mercy In This Land. A mere few seconds that powerfully capture the friendship and unique collaboration between the two storied musicians. The music, a primal and intimate blues, stops with the exception for a sustained organ note. Musselwhite, survivor and harmonica virtuoso, cohort of Muddy Waters, Howlin’ Wolf and Little Walter in the early sixties, life nearly ended by alcohol and other maladies, leans in and delivers the lines, “Father left us down here all alone, my poor mother is under a stone. With an aching heart and trembling hands, is there no mercy in this land.” And with those words, that weary voice, you can hear it all - the highs and lows, the adventures, the sadness and all the loss.

"I never asked Ben about the lyrics,” Charlie reflects, “but my mom was a single mom and I was an only child. And the line, ‘my poor mother is under a stone,’ well, she was murdered. So she's gone and she's under a stone. This is personal to me. It's the essence of blues. People talk about the blues from an academic standpoint, but to me it's about feeling. And that feeling there is pure. That song moves me every time.”

Ben says the two never discussed the meaning of the lyrics. “It's fragile territory what he went through with his mom,” Ben says. “I was scared to bring that to him, because I know what happened. And that line, it’s me being affected by my friend and what happened to him. With Charlie, some things I pick up on are spoken and some are unspoken, but we know a lot about each other. But the deepest part of our friendship doesn't need to be said. “No Mercy In This Land,” that song is for Charlie. It’s gotta hurt sometimes. I take this shit seriously.”

No Mercy In This Land is a blues record. Charlie Musselwhite and Ben Harper were introduced to one another by John Lee Hooker. The legendary musician thought the two men should play together, so he brought them into the studio to record a song called simply “Burnin' Hell.” The two remained friends and their paths periodically crossed out there on the road. But it wasn’t until 2013 that the two met up in a studio to record what would be their Grammy-winning album Get Up!. And as good as that record was, it was just the beginning. They both agree that their friendship deepened in the many months of touring that followed. And it’s that bond, that closeness, that makes this new record something special.

“That first record happened in the studio,” Charlie says, “But then we toured together for nearly two years and it just kept getting better and better, the musical rapport, the band, the two of us personally. When we finally headed back into the studio we were just charged, ready to go, the songs were jumping out like wild horses ready to run.”

“Everything I've ever done has had one foot in the blues,” Ben says. “There has never been any doubt in my mind that if Charlie and I are on the planet together, we are going to be making music. The last record kicked the door open, but it was just the beginning. At this moment, I don't think I could make a better record than this. I mean that.”

At first glance, Ben Harper and Charlie Musselwhite might seem an unlikely pairing. While Ben grew up in in the tree lined Southern California college town of Claremont, a bastion of culture and liberalism just east of Los Angeles, Charlie was raised in Memphis during the time of rockabilly and Sun Records.

But while the two might have come to their musical knowledge in different eras and places, as Charlie explains, “We were both searchers and we’re still seeking.” Each of them possess an enduring hunger for musical knowledge that came to them early. Charlie recounts a youth spent scavenging local junk stores for old 78 rpm blues records. “I would discover all this other music too,” he says. “Anything that would look interesting, I found all kinds of music that had a feeling that reminded me of the blues. Greek music, Arabic music, Flamenco and Gypsy music. I found out that every culture had its music of lament. The songs all have the same kinds of experiences that blues singers talk about.”

Decades later in Southern California, Ben grew up literally surrounded by music. His grandparents had opened the Folk Music Center in 1958 as a music store and impromptu gathering place for a thriving folk music scene. Artists like Brownie McGhee, Sonny Terry, Doc Watson, John Fahey, The New Lost City Ramblers and others were known to drop by and play. Ben’s mother Ellen was a folk singer and his dad Leonard a talented musician as well. Ben worked at the family music store. He learned how to repair and build instruments, became masterful player and gifted songwriter, and eventually a Grammy-winning artist and producer of worldwide acclaim. And just like Charlie, Ben put in hours at local used record stores, scavenging for old blues, hip-hop and punk records. “I was raised around all those crazy instruments and records and people who could play at the highest level,” he says. “But I'm old enough to have been a record bin diver. And the fact that both Charlie and I were seeking, not only blues, but music with that same emotion and intensity, that is the thread right there.”

The great Willie Dixon called blues, “the facts of life expressed through words and song.” No Mercy In This Land is that kind of record. It’s the sound of pain and perseverance, it’s a meditative church and a roaring fuzzed out celebration. This is Ben and Charlie’s personal histories, and the sonic story of American struggle and survival.

No Mercy In This Land is a record made by two musicians who have lived. You can hear it in Ben’s singing, which moves from a soulful croon to a cathartic yell. And Charlie’s playing, always a thing of wonder, is absolutely transcendent, his lines dart and weave around the rhythm section with periodic moments of absolute virtuosity. It is a record that exists on the edge, the songs venturing out on to an emotional precipice. You can hear it when they are rocking, and it’s on the ballads, which will break your heart into pieces.

Charlie left his Memphis home as a teenager when the local police discovered that he was running moonshine. After years living on the Southside of Chicago soaking up the blues scene, he headed west in the sixties to San Francisco, arriving a suit wearing slicked back hair Robert Mitchum type amidst the summer of flower power and psychedelics. His first show was at the Fillmore opening for Cream. “It was the stone hippie era, full tilt,” he says. “I never became a hippie, but I really liked them and they liked my music.”

In the ensuing years Charlie barely survived alcoholism and a subsequent bout of Hep C, yet somehow he managed to outlive most of his esteemed peers while maintaining a career as a working bluesman. “It’s like the term one-percenter in biker culture,” Charlie says. “To me blues guys are like the one percenters of the music world. We’ve always been there and been an influence on American music, but it's always been a struggle.”

Charlie’s experiences and hard earned wisdom have had an unexpected effect on Ben, as with the track “The Bottle Wins Again.” Take the lyrics “Broken hearts and broken dreams, turns out they weigh the same, passed down through generations, like the family name. There's a gilded coat of arms for those who heal from within, but tonight the bottle wins again.”

“I mean Jesus Christ — my dad, “ Ben says, “The Christmas’s he would come over and scare my mom out of the house and hold us kids hostage. The shit still haunts me. And the gilded coat of arms for those who can heal from within? Why isn't that me? That's what the song is asking. Some people see the light, some see the dark.”

It all came to a head in the studio while they were recording the song. Charlie’s wife Henrieta suddenly spoke up, saying, “That song was written by an alcoholic.” Ben remembers an uncomfortable silence after her words. “When she said that, I was so delusional that I thought it was proof that it was a good song,” he says. “I mean look, my dad never got it, but Charlie did. And that’s where this goes beyond friendship for us. He doesn't browbeat you, the man leads by example. As much as you reach to music, sometimes it’s reaching to you.” Shortly after recording the song, Ben says he stopped drinking.

The last song of the album, “Nothing At All,” is a ballad of devastating beauty and emotion. An arrangement of piano, bass and brushed drums conjures the solitude and contemplation of a late night, Ben’s vocals a heart-wrenching soul tinged with unexpected tenderness. Charlie’s playing is absolutely stunning, his phrasing recalling the sweet sad jazz melodies of Chet Baker or Bud Shank. It is harmonica playing like few could imagine let alone accomplish. “He plays better on this record than he did on the last record,” Ben remarks. “And he was already the best harmonica player in the world.”

No Mercy In This Land is an opportunity to discover Charlie Musselwhite, the slick hoodlum who played Chicago’s Maxwell Street with Muddy Waters, Little Walter and Howlin’ Wolf and made the San Francisco scene in the sixties playing the Fillmore. In 1966, he recorded his landmark album Stand Back, later playing on Grammy-winning albums by Bonnie Raitt and the Blind Boys of Alabama, appearing on Tom Waits' record Mule Variations, and is now considered one of the most gifted blues musicians working.

It’s also an opportunity to discover Ben Harper, the unimaginably talented musician, singer and songwriter who produced works by The Blind Boys of Alabama and Rickie Lee Jones. A worldwide star who, given the opportunity to record any album he wanted, chose to collaborate with his friend Charlie.

“I'm telling you I was born to play with this cat,” Ben says. “And I don't say that about anyone else. But I was born to play with Charlie. Writing songs, recording, playing onstage with him, it's the most natural place for my music to land. Whether in the White House or at the Beacon Theater, it's exactly where I'm supposed to be and how I'm supposed to sound, right there in the pocket with Charlie Musselwhite.” 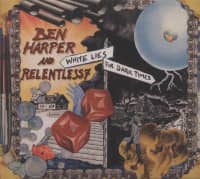 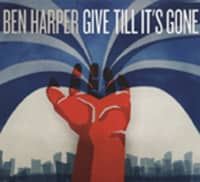 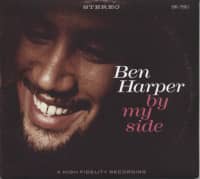 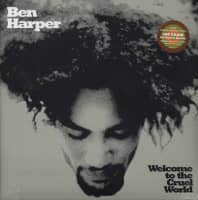