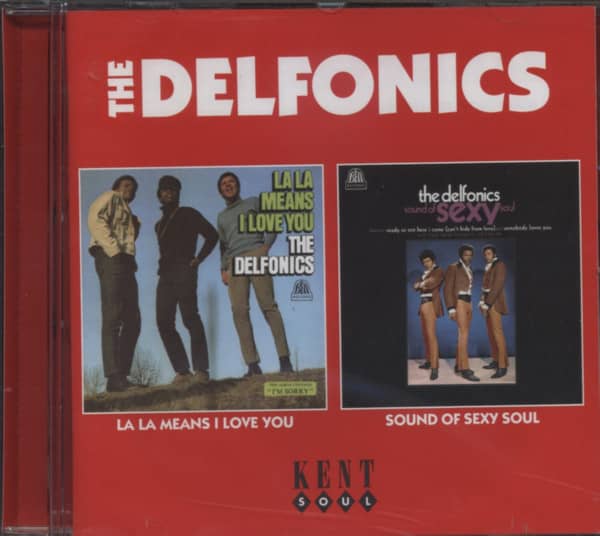 The swirling, silky Philly soul sound hit its stride in considerable part due to the sumptuous balladry of The Delfonics. Lead tenor William 'Poogie' Hart (born January 17, 1945 in Washington, D.C.) was their own best source of material. "I did a lot of listening to Smokey Robinson, a lot of listening to Curtis Mayfield," says Hart. "I realized they wrote their own songs. So I began to write my own songs." Their unusual three-man lineup was completed by his brother Wilbert and Randy Cain. "I said, 'Well, three people can get the job done. You don't need all these guys,'" he says.

Entranced by the high-pitched leads of Frankie Lymon and Little Anthony, Hart had his first vocal group at 14. Several name changes solidified with The Orphonics, until Stan Watson heard him sing at the barber shop where Hart worked. "He's listening to these songs that I wrote," says Hart. "He said, 'Man, do you want to record?' I said, 'Yeah, I want to record!' He said, 'Well, let me introduce you to Thommy Bell!'" Philly producer-arranger Bell would team with Hart to write a string of hits for The Delfonics after Watson, a Dell-Vikings fan, changed their moniker one last time.

The Delfonics' first two singles for Moon Shot and Cameo didn't hit, so Watson launched his own Philly Groove imprint, nationally distributed through Amy/Mala/Bell. The group's first Philly Groove single, La-La—Means I Love You, was a massive 1968 crossover smash. "My son, William Hart, Jr., would always say, 'La-la-la-la-la-la-la,'" says Hart. "I told my wife, 'I think he's trying to say he loves me!'"  Hart's tender lyrics and stratospheric lead tenor and Bell's musical brilliance translated into a solid string of hits: I'm Sorry, Break Your Promise, and Ready Or Not Here I Come (Can't Hide From Love) later in the year and You Got Yours And I Got Mine in '69.

The lavishly orchestrated Didn't I (Blow Your Mind This Time), another Hart/Bell collaboration, sailed to #3 R&B and #10 pop. Poogie shared its lead with Wilbert, born October 19, 1947 in Philly."'Didn't I (Blow Your Mind This Time)' was based around a situation with a friend of mine that I saw that was having a problem with his girlfriend," says Poogie. "He finally got himself back together, and he was telling me the story. And I went home and wrote a song about 'Didn't I (Blow Your Mind).'" He takes full credit for the stately French horn intro. "I used to go to a lot of Biblical movies," he says. "You remember when they used to blow the horn, and then the horses would come running down the hill, and everybody would start fighting? When I started doing my music, I remembered that, and I never heard that in a song."

The Delfonics kept on scoring hits for Philly Groove into 1974, long after Bell split to concentrate on The Stylistics and Spinners. "I was a very romantic kind of guy," says Hart. "I didn't mind crying when something hurt me. In that way, I could feel free to write was inside of me." Poogie continues to front a contemporary lineup of Delfonics. 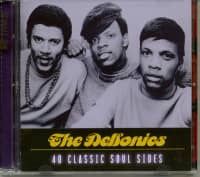