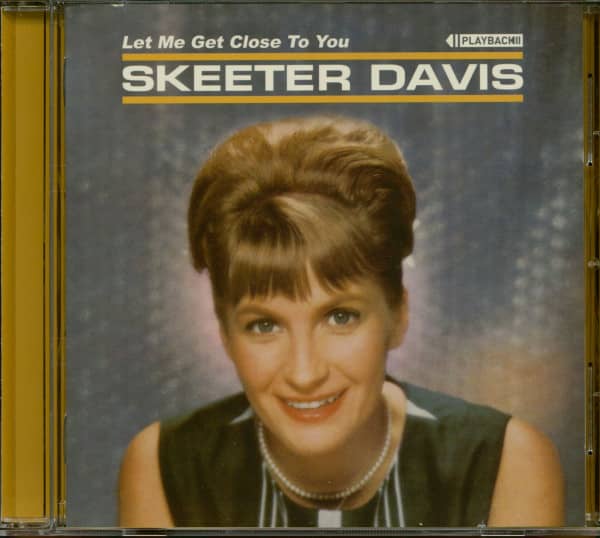 Skeeter Davis: Let Me Get Close To You - Expanded (CD)

(2017/Playback) 25 tracks with 16 page booklet.
-
Skeeter Davis's classic 1964 album Let Me Get Close To You bridged the gap between Countrypolitan and state-of-the-art Sixties Girl Pop.
This package expands on the original album with 13 bonus tracks, including several making their CD debut and one previously unreleased. The original album boasted three Top 20 Billboard Country hit singles, including the pop crossover smash 'I Can't Stay Mad At You.' Featured among the extra tracks here are a further four Top 40 singles, including Skeeter's signature hit 'The End Of The World.'
Sixties Pop aficionados will note the appearance of several songs penned by Brill Building scene alumni Gerry Goffin and Carole King. This reissue marks the album's first CD release outside Japan.
All songs appear in stereo and have been sourced.

Article properties: Skeeter Davis: Let Me Get Close To You - Expanded (CD)

After the tragic death of her singing partner, Betty Jack Davis, Skeeter carried on, first with Betty Jack's sister and then as a solo performer. She signed on as one of Ernest Tubb's supporting acts and joined the Opry. Along the way, she divorced husband #1 and married WSM dee-jay Ralph Emery. Slowly, the hits began to come; the first was an answer to Hank Locklin's Geisha Girl. ProducerChet Atkins kept the faith during some lean years. Answer songs were in vogue, and Don Robertson and Hal Blair wrote their own sequel to Please Help Me I'm Falling. Floyd Cramer was on hand to replicate his piano part and Skeeter double-tracked her vocal to good effect. Hank Garland echoplexed his guitar and played fabulously understated fills around Skeeter and Floyd Cramer. While Robertson and Blair make little secret of the fact that they'd been cheating on their wives (and Robertson's 1960 divorce seemed to bear it out), the sequel was chocked full of family values. In the fall of 1960 I'm Falling Too reached #2 on the country charts and #39 on the pop charts. 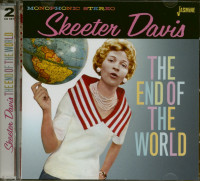 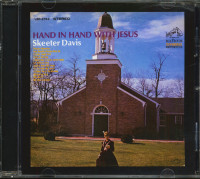 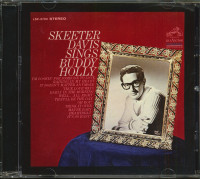 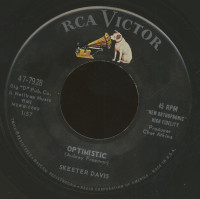