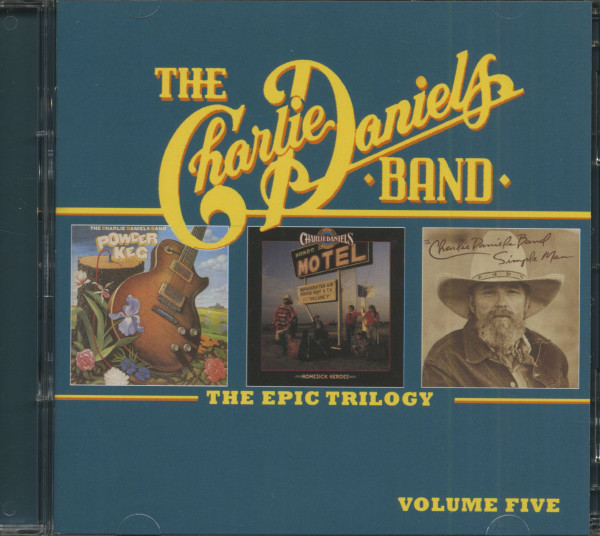 (Floating World) 31 tracks
Charlie Daniels is an American multi-instrumentalist, actor, lyricist and singer known for his contributions to country, bluegrass and southern rock music.
He is perhaps best known for his number one country hit "The Devil Went Down to Georgia".
He has been active as a singer and musician since the 1950s and was inducted into the Country Music Hall of Fame in 2016.

At 83, Daniels is as busy as ever. He has written a treatise - Never Look At The Empty Seats - which was published in October 2017.
The following year Daniels released an album with a new band called Beau Weevils with Charlie Hayward, the bassist of the Charlie Daniels Band.

This was followed by a book with daily inspiring quotes and stories.