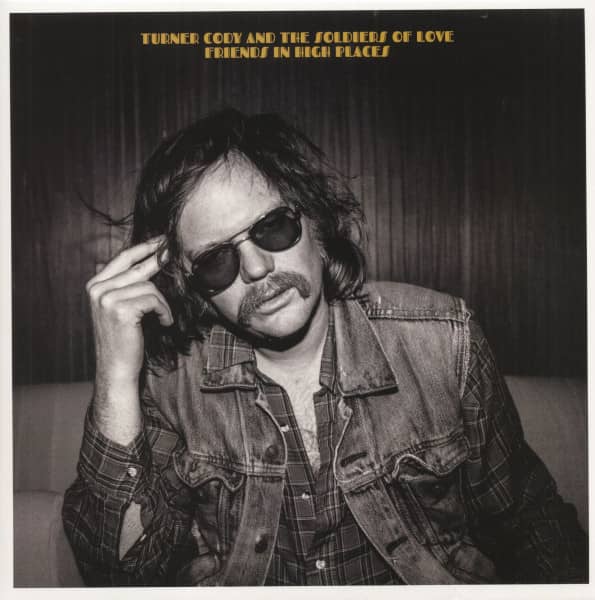 Cody Turner And The Soldiers Of Love: Friends In High Places (LP)

(Capitane Records) 11 Tracks
Turner Cody - the casual romantic among the, fallen between the times (and some radar), great singer-songwriters is back, with new album and new band The Soldiers Of Love.

Turner Cody has already had a long and successful career. Starting 20 years ago with the Moldy Peaches and Jeffrey Lewis, in what was then called AntiFolk, the American songwriter has toured with Adam Green and Herman Dune. In 2009, his song Corner Of My Room was used by Jacques Audiard for one of the most memorable scenes in his Oscar-nominated film A Prophet.

The album First Light was released via BB*Island.For the past decade, Turner Cody, underground songwriter, poet of teed-off America, has focused on writing and recording, always remaining unique and true to himself. His greatest talent is his poems and songs, which tell stories of love and loss, sin and redemption, disappointment and hardship, spiritual thirst and asceticism.

The wordsmith is in the tradition of the great American songwriters, dating back to Stephen Foster and including Jimmie Rodgers, Hank Williams, Woody Guthrie, Chuck Berry, Townes Van Zandt, Leonard Cohen and Bob Dylan.