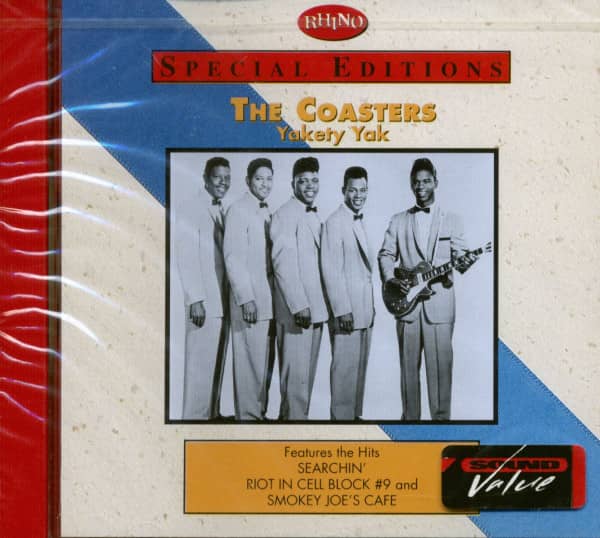 Learn more about The Coasters
The Coasters Besame Mucho Even The Coasters, clown princes of rock and roll, were in a... more
Close menu
"The Coasters"

Even The Coasters, clown princes of rock and roll, were in a spicy Latin mood. That was the doing of their Atco producers, Jerry Leiber and Mike Stoller, who were enjoying much success applying saucy baion rhythms to the output of The Drifters.

After a stellar 1959 that found them crashing the pop Top Ten three times with the Leiber/Stoller comic playlets Charlie Brown (it's on our previous disc), the Western sendup Along Came Jones, and Poison Ivy, The Coasters cooled off in '60. Their top seller, Wake Me, Shake Me, didn't even crack the Top 50. Another 1960 release, the ghetto vignette Shoppin' For Clothes, was credited to Leiber and Stoller but was an uncredited adaptation of Boogaloo and His Gallant Crew's '56 release Clothes Line (Wrap It Up) on L.A.-based Crest Records. Boogaloo was actually its writer, Kent Harris (eventually authorship was credited to all three).

Closest to the doo-wop tradition was their '60 update of Besame Mucho, the 1940 work of Mexican songwriter Consuelo Velazquez (Sunny Skylar added English lyrics; the title translates to Kiss Me Much). Bandleader Jimmy Dorsey had a huge hit with it in 1944; The Ray-O-Vacs' Decca version went to #5 R&B in 1950. The Coasters' update was done February 26, 1960 at Atlantic's New York studios and spread over both sides of a single. Part 1 rides a surging Latin undertow, bass singer Will 'Dub' Jones stepping up for a rare lead turn (an entirely serious one at that). Carl Gardner, Billy Guy, and Cornel Gunter join in for the bridge, and sax master King Curtis unleashes a barrage of yakety licks near the fade. Fans must have been perplexed; Besame Mucho only made a #70 pop impression that spring.

The Coasters never regained their chart domination, though they did have '61 hits with Little Egypt (Ying-Yang) and Part II of Girls, Girls, Girls. They remained on Atco into the mid-'60s, ex-Cadillacs lead Earl Carroll joining in 1961 and Gunter exiting. A move to Columbia's Date label didn't reverse their fading fortunes. A bewildering array of Coasters groups toured the country from the '70s on. Gunter led one, Gardner another, and there were plenty more with no one recognizable at all. Carl fronted his until shortly before his June 12, 2011 death from heart disease. Gunter was shot to death in his car in Las Vegas on February 26, 1990. Diabetes killed Jones on January 16, 2000, and Guy died November 5, 2002.

Great as The Coasters' hitmaking legacy was, Gardner dreamed of a different career. "My regret is that I didn't get to sing the type of tunes that I would like to have sung, such as a lot of pop things," he said. "I would like to have done a lot of pop, like 'Stardust,' 'Mona Lisa,' 'Willow Weep For Me' things. And jazz, scatting, whatever. But it didn't sell. So a person must go where the bread is." 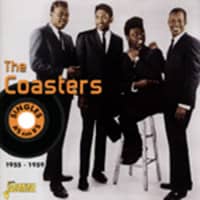 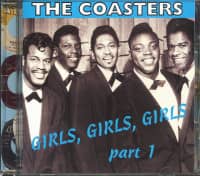 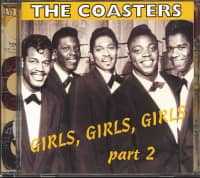 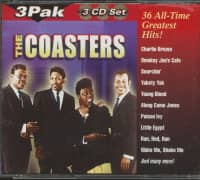