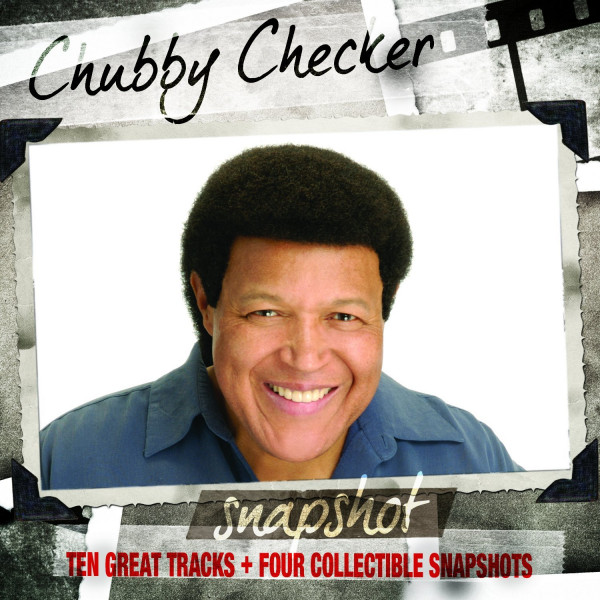 THE CHUBBY CHECKER STORY
In the early 1960s, everyone knew the Twist. And everyone knew Chubby Checker. The dance phenomenon and the amiable fellow who popularized it were inextrica-bly twisted together. More than four decades later, that hasn't changed. As Chubby himself put it, "The world as it exists today, especially when it comes to dancing, is Chubby Checker." Chubby Checker was the king of dance parties everywhere, a sensation among young and old alike—not to mention chiropractors. But Chubby Checker was not only the Twist. He was also the Fly, the Pony, the Popeye, the Limbo and several other dance crazes that swept the world during those Camelot years. If you danced in the '60s, what you were really doing was the Chubby.

Despite his association with it, Checker didn't invent the Twist. Variations had been kicking around within the African-American community for decades. Its ascendance to the mainstream began in Baltimore where, in 1959, kids on a local TV dance program, The Buddy Deane Show, fashioned a no-touching dance to ac-company a song written by R&B pioneer Hank Ballard. Amazingly, King Records, the company for which Ballard and his group the Midnighters recorded, had not deemed "The Twist" worthy of promotion, and stuck it on the B-side of a ballad called "Teardrops On Your Letter." But when word reached Dick Clark in Philadelphia that black youths were going wild to this new song and dance, he knew what had to be done: The host of the nationally syndicated American Bandstand called Bernie Lowe, owner of the Philly-based Cameo-Parkway Records. Clark felt it would be prudent to have the song covered by a local artist. Lowe got on the phone to Chubby Checker and told him to come in for a session. Chubby was 18 years old at the time, born Ernest Evans on October 3, 1941 in Spring Gully, South Carolina. He'd been living in South Philadelphia with his family for a decade, making no secret of his dream to become a professional singer even as he took local jobs, one of them at a poultry shop run by a fellow named Henry Colt. Colt marveled that, even as he plucked chickens, this kid would happily entertain the customers with a song or an impression.

Some time in late 1958, he mentioned this to his business associate Kal Mann, who was involved in a budding songwriting partnership with Lowe. Coincidentally, Dick Clark had just called Lowe looking for someone to record a musical Christmas card that he could send out to his family, someone who could mimic the big singers of the day. Mann suggested the ambitious Evans kid. Just hours later, young Ernie was in the recording studio rehearsing his letter-perfect Fats Domino impersonation when Clark's wife Barbara walked in. "You're Chubby," she insisted to the singer. "Chubby like Fats and Checker like Domino. Chubby Checker." Signing Chubby—now managed by Colt and Mann—to the Parkway label, Lowe and Mann reasoned that a recording of impressions not unlike the one Chubby made for Clark might sell a few copies. "The Class," released in the spring of 1959, featured Chubby reprising his Fats Domino impression, adding to the mix Elvis Presley, the Coasters, Cozy Cole and the Chipmunks, all to the tune of "Mary Had A Little Lamb." "The Class" scraped into the Top 40, but Chubby's next couple of records bombed. A full year passed before Clark and the Cameo-Parkway crew came up with the idea of Chubby covering "The Twist." The company's in-house bandleader, Dave Appell, assembled a band and a local singing group, the Dreamlovers, provid-ed the backing vocals. By September 1960, with a big shove courtesy of American Bandstand, "The Twist" was the number one record in the country. Why was Chubby's version—its arrangement virtually identical to Ballard's—able to accomplish what Ballard's couldn't? "The difference was we gave instruc-tions," Checker explained to radio personality Mike McCann, "like putting out a cigarette with both feet and coming out of the shower wiping off your bottom with a towel to the beat of the music. And it just caught on." Did it ever! The Twist marked the genesis of a cultural explosion that would de-fine the '60s as a decade of tumultuous change. It wasn't merely a matter of dancers not touching. The Twist represented a breaking free of the shackles of the '50s—in-hibitions evaporated; young people grasped en masse that freedom beat conformity. "Things just changed," Chubby told McCann. "People were locked up for doing the Twist. It affected everybody's lives."

Even as the record itself disappeared from the airwaves, the dance grew in popularity. As did Chubby's stature. First came "The Hucklebuck," a remake of a Tommy Dorsey big-band tune. Then, at the dawn of 1961, Chubby landed back at the number one slot and ignited another dance craze with the churning "Pony Time," written by Don Covay and John Berry and recorded by Covay with his group the Goodtimers. "Let's Twist Again," Chubby's next Top 10 hit, had its origin one spring evening at Sciolla's, a Philadelphia nightclub, where Mann noticed that the patrons were still Twisting the night away. "Let's Twist again, like we did last summer," he wrote. "Yeah, let's Twist again, like we did last year." Appell set the tune to music, Checker cut it and Twist music was once again the rage. By the fall, as Chubby was coming off yet another Top 10 dance record, "The Fly," the Twist had taken on a life of its own. Discovered by the over-30 society crowd in New York City, the dance was no longer the sole property of the teen set. Celebrities from Judy Garland to Truman Capote, Zsa Zsa Gabor to Norman Mailer, had been turning up at an obscure nightclub on West 45th Street called the Peppermint Lounge, where they Twisted to Chubby's records and live music, as columnists scribbled and flashbulbs popped. The Twist was soon everywhere: There were Twist dolls, Twist jewelry, hairdos, clothing, Twist movies (Twist Around The Clock and Don't Knock The Twist both featured Chubby), Twist contests and, of course, hundreds of Twist records. Fred Flintstone even did the Twist. Chubby, meanwhile, became a bona fide superstar. Merchandisers rushed to license his name, selling everything from Chubby Checker Twisters shoes to a Chubby Checker dance kit. Cameo-Parkway was not about to stand idle and watch its star make money for everyone else: Re-releas-ing "The Twist," the label basked as the record that started it all returned to the number one position on the Billboard Hot 100 in January 1962, the first and only single ever to drop off the chart and rebound to the top. In addition. during the final month of 1961, no fewer than three of Chubby's albums began Twisting their way into the nation's Top 10.

Not everyone was thrilled about the ascendance of the dance. Some politicians (including former President Dwight Eisenhower) and religious leaders called it vulgar, preaching that all that hip-swinging meant the end of civilization. The naysayers didn't kill the Twist, but in time it yielded to other trends, other dances, other concerns. In late 1961 and early '62, Chubby logged hit duets with fellow Cameo-Parkway artists Bobby Rydell ("Jingle Bell Rock") and Dee Dee Sharp ("Slow Twistin'"). Those were followed by "Dancin' Party" and a double-sided Top 10 hit pairing "Limbo Rock," a Caribbean-inspired number that had earlier been an instrumental by the Champs, with Mann and Appell's "Popeye (The Hitchhiker)." In 1963, Chubby set the dance music aside and turned to the softer sound of folk, a trend that had moved up from the college campuses to the Top 40. "Loddy Lo" was written in honor of his wife, Catharina Lodders, who had been Miss World of 1962. Two more folk recordings, "Hooka Tooka," in late '63, written by Checker himself, and "Hey Bobba Needle," a takeoff on the traditional children's song "Miss Mary Mac," took Chubby into the Beatle era. Like so many other American artists affected by the British Invasion, Chubby Checker's days as a hitmaker came to an end, although he revisited the charts in 1986, teaming with rap group the Fat Boys for a remake of "The Twist," and again in 2004 with a hip-hop remix of "Limbo Rock."

Chubby Checker has remained a presence in our popular culture, however, an in-demand performer and successful entrepreneur more than four decades after he first became a household name. Dance steps may appear to come and go, but Chubby knows what he's contributed: "Whenever I see people dancing, all I see is the Twist. I've never gone to a dance and been out of place, because they all do my steps. It's like sitting on a mountaintop and folding your arms and looking down and saying, 'I created that.' The wheel has been invented." So the next time you're on the dancefloor and you reach out and don't touch someone, give credit where it's due: the one and only Chubby Checker! —